“I dreamed of becoming an actor. Instead I create tire sculptures.”

Aghvan dreamed of becoming an actor. However he didn’t have the chance to make his dream come true in his life . He left school when he was 14 when he started to work and support his family. Aghvan’s first job was at a bakery, so being a baker can be considered his first profession. When he turned 18 he was enlisted in the army for two years. After serving he didn’t want to go back to his previous job, so he took some lessons and became a car tire specialist.

“It’s heavy work but I needed to work and make my living. For the last 8 years my every day has been the same: I wake up early at 7.00 am, come to work, have my morning coffee with my neighbour, then the work begins. I have clients until late evening, 8.00 pm or sometimes 9.00 pm, or just watch TV when there is no work. After work I go home and sleep.”

Aghvan thinks that his life might seem boring for many people but he is proud to be able to support himself, to help his family and to have gained everything from his work. However, something happened in his life three years ago which made him love the work he does even more.

“I use my work to create unique art.” 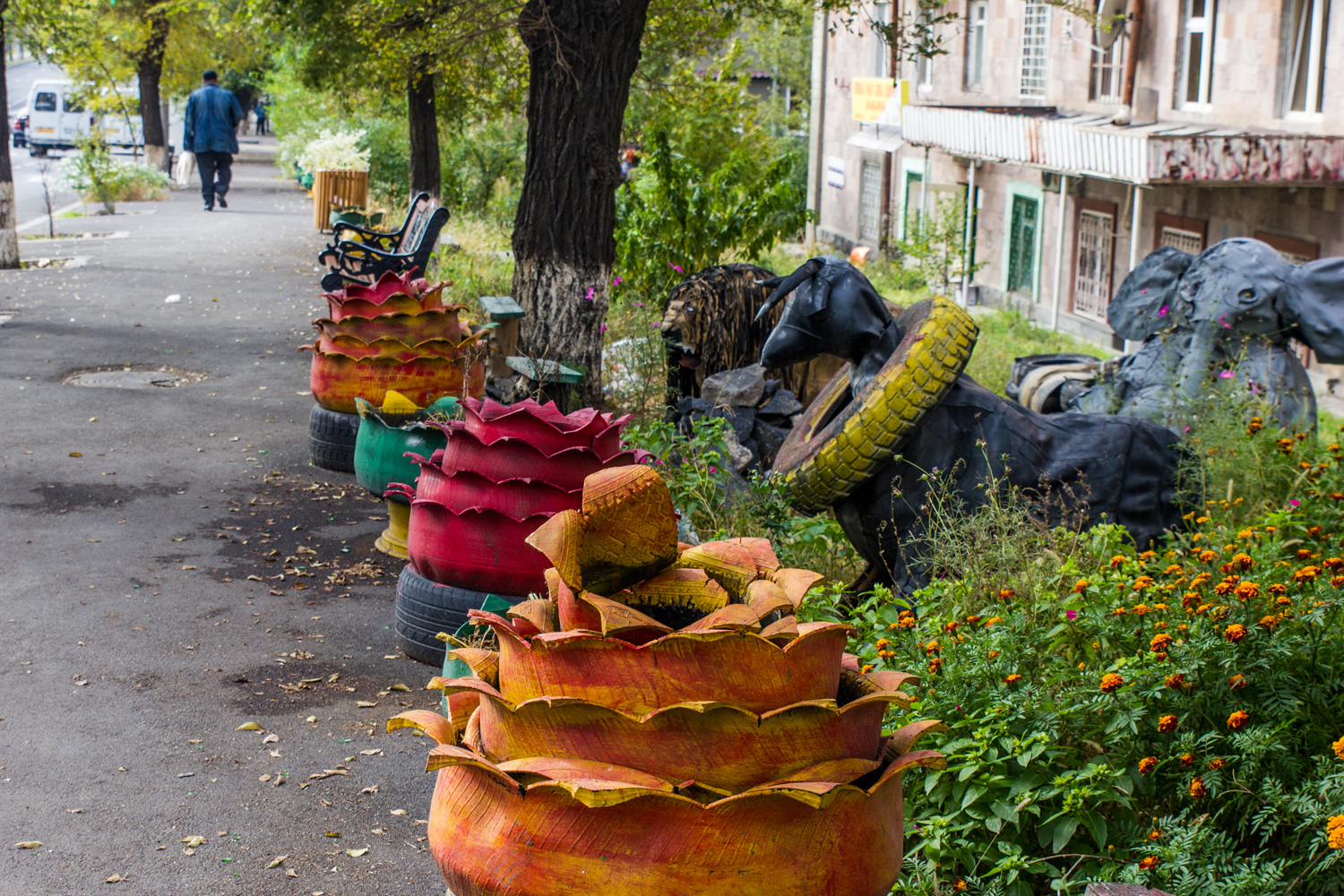 He decided to use wheel junk for something useful. Being creative while working with tires was not that easy, so he made the simplest things like flower pots. He would colour them to give them some style. He was happy with the results and placed them right next to his shop front. 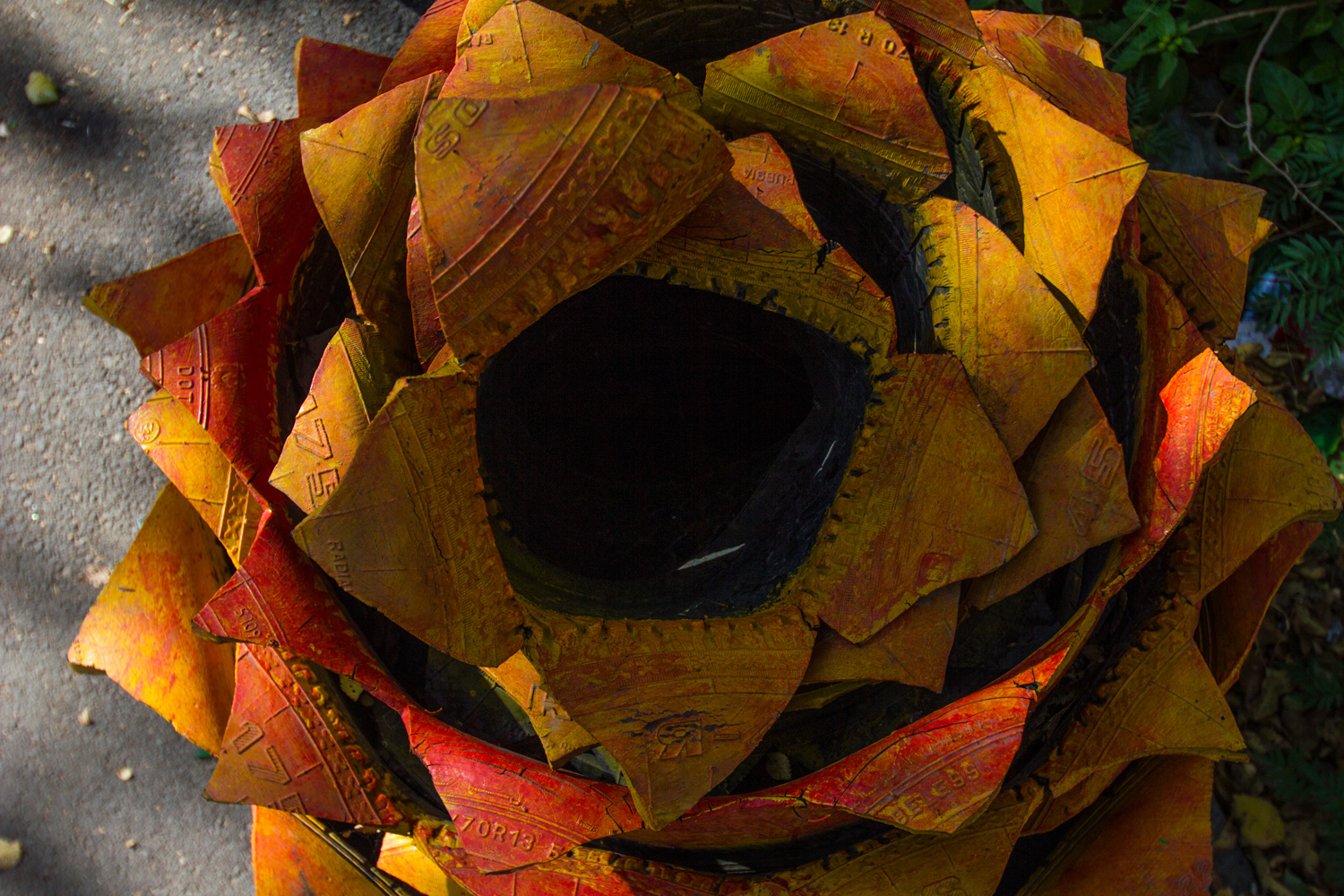 “Sometime later, people passing by started to tell me about the awesome sculpture at the Cafesjian Center for the Arts. They told me about a massive Lion sculpture all made from old tires, created by a famous professional. A large number of people told me about this lion, which compelled me to go and see it. I should say I was impressed, so I did a little research and found out that the sculpture had a metal frame on which pieces of tire were attached. I thought to myself, what if it was all made from tires?”

The next morning Aghvan started working on his own tire lion for which he used Simba’s character from his favorite cartoon, The Lion King. All he used was a knife, glue and paint. The tail, back, and feet were done easily in one day but the next 50 days were spent on making just the head.

“When it was finished, I felt happiness and satisfaction from my work. I proved to lots of people that tires were enough to make wonderful sculptures.” 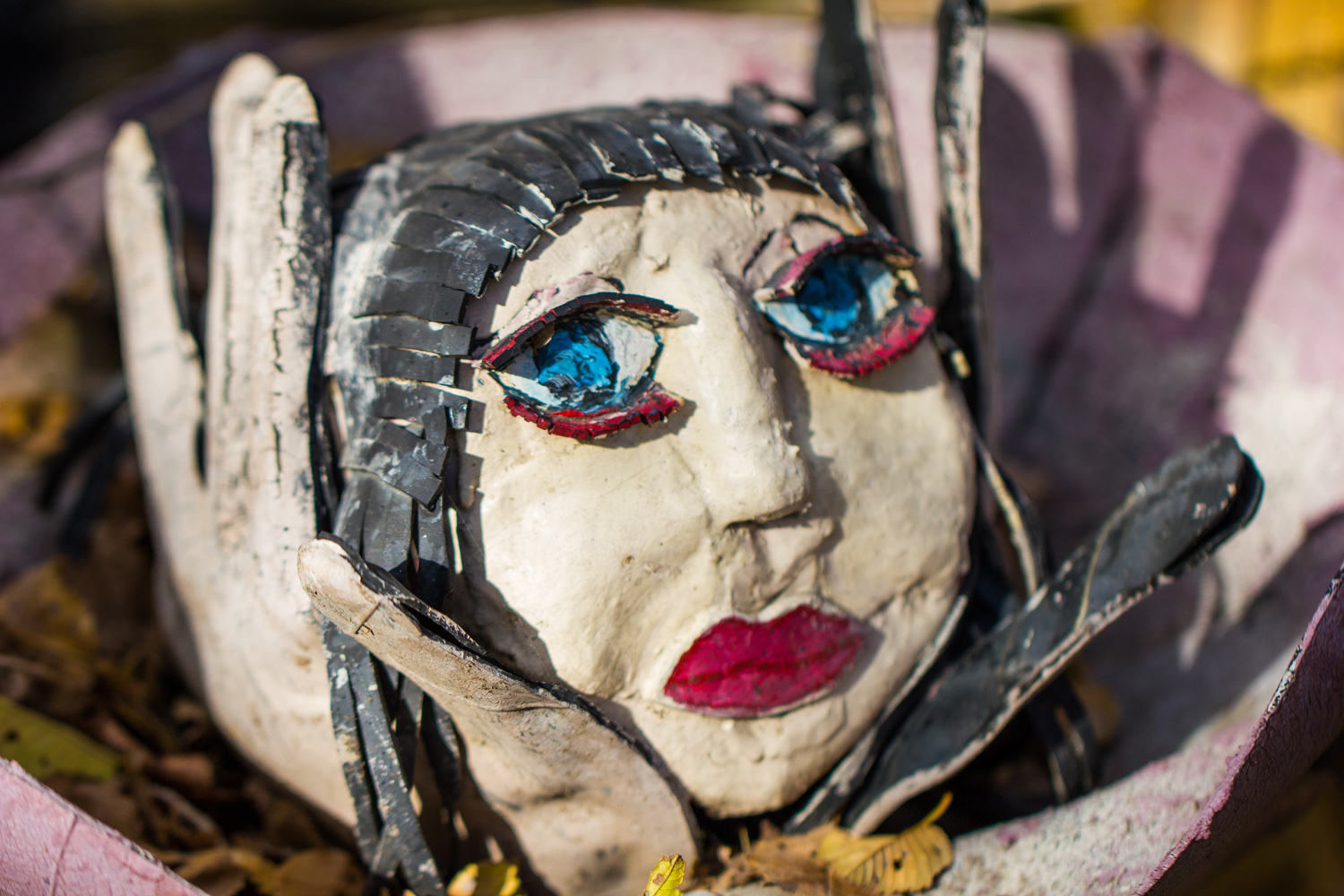 The wonderful feeling of making something special propelled him forward. He continued to make interesting figures. He learnt to make them faster and better. In just 3 days he can make any figure which comes to mind.

“My ideas, my inspiration comes from kids, they pass by and ask for new figures and next time they pass the figure is there. I have made more than 70 different sculptures already and have given them away to five different kindergartens.”

People always get surprised when they see Aghvan’s work, it makes them stop, explore, ask questions and walk away smiling.

“I believe I bring a bit of happiness to people.”

“Everyone should have a goal in their lives and go for it, and should try to get there with hard work. Believing in yourself is more important than opportunities or even education. All you have to do is be positive about everything. If there is something you want to try, just try it, just go for it and do it. It might not happen, you might not get what you wanted or dreamt of, but you should go forward and try and try again, never give up. That’s the principal of my life.”

Now Aghvan has a new dream. He dreams of helping needy families. He wants to become a great benefactor, to help any family, any human being who needs help. He does help people now but in small ways that he can afford. He helps any child who comes up to him on street.

“I love kids. I want to have 5 at least: 4 girls and a boy. I want them to be kind and prosperous. I hope that my children will be artists. I wish I can give them the best of everything so that they become unique, special professionals, so that their work really changes something in this world.”