Meet ‘the most politically incorrect’ chef in Portugal, Ljubomir Stanišić. Born in Sarajevo and raised in Belgrade, he is now showing the world what he has learned from his mother, including some of the most typical dishes from the former state of Yugoslavia. 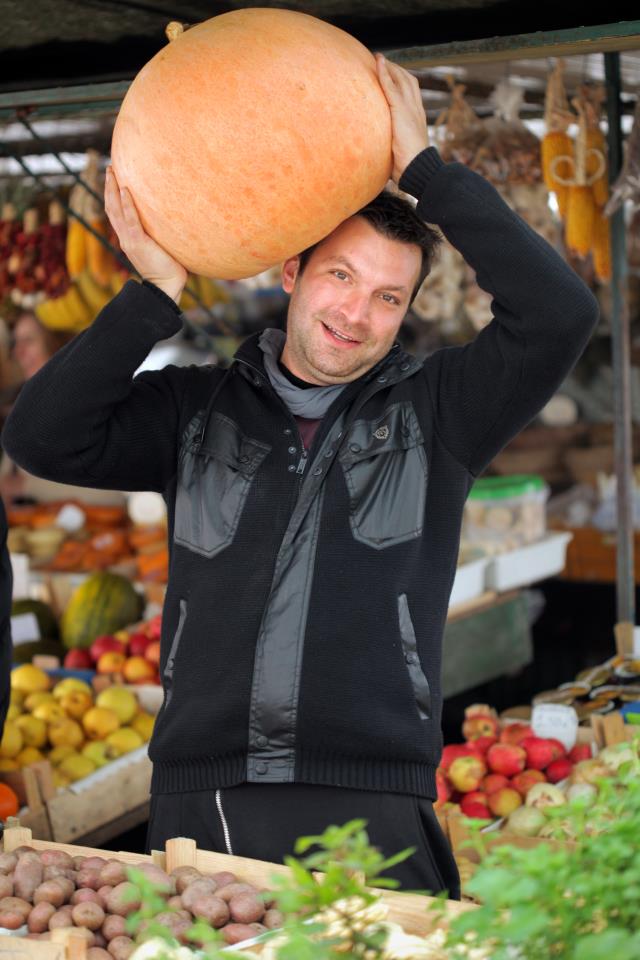 Cooking without any strategies or particular ways… or in 100 ways. ‘100 Maneiras’ is the name of one of the most famous restaurant chains in Lisbon, whose owner is the 35-year-old Serbian chef, Ljubomir Stanisic. Although the Portuguese find it hard to pronounce his name (which in Serbian means ‘love and peace’), in the urban district of Bairro Alto it is a synonym for one of the most respected head chefs. He declares himself a proud Yugoslavian, and with good cause; he was born in Sarajevo, but raised in Belgrade. Ljuba, or ‘Batata’ (Potato) as he is known to friends, was one of three judges in the Portuguese version of the cooking show Masterchef, shown on channel RTP, and author of the book “Papa Quilómetros”. Crazy about Vespas. Portugal. Women…

We meet at the ‘Anfiteatro’ restaurant on the Azorean island of Sao Miguel, where some of the best European chefs have come together for a cooking festival. Ljubomir is here to promote his cooking, as well as shoot a Serbian TV show, ‘24 Kitchen’. With his flip-flops, big smile, and tattoos adorning his left arm, he never gives off the impression that he is a famous chef, or in some way superior. While he rolls a cigarette, he tells funny stories to journalists in perfect Portuguese.

“I openly declare myself Yugoslavian- I come from a family of lovers! That is why everybody is mixed, Croatians with Muslims, Muslims with Serbians… Although my name is Orthodox, I am not a religious person, I am Yugoslavian, and I always will be.” So begins the story of one of the most well-known chefs in Portugal.

Ljuba was born in 1978 in Sarajevo, but the war took him to Belgrade. He owes his passion for food to his mom. And the first step he took in this direction was in a Belgrade bakery in 1990, during the war. While his friends were living aimlessly from day to day, he was earning his own money at the age of 15. As the political situation intensified, he decided to leave, with only 200 Deutschmarks in his pocket. Where to? He did not know. The first job he got was as a kitchen porter in a restaurant in Budapest. 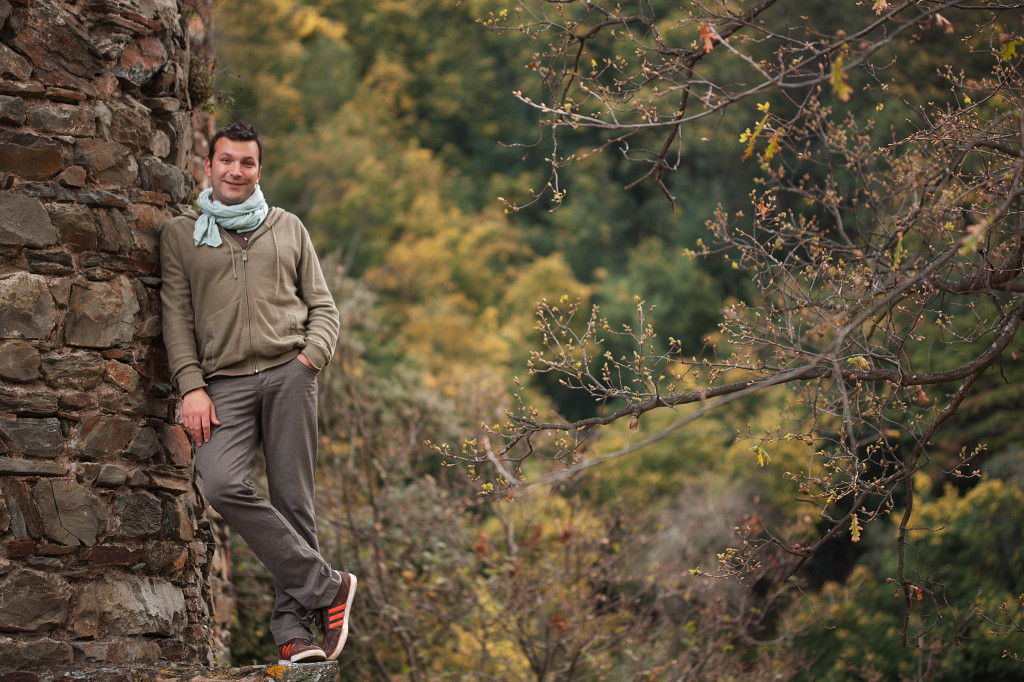 “I was washing dishes for 6 months, and you know what, you have to put in hard work before you learn anything. I am not ashamed. Washing dishes was a foundation for my work, and that made me try even harder to become a chef. What did I know back then? In 1990 in Serbia, we did not know anything. I was in my own world, reading Bukowski, and I did not have any plans for the future. My mom’s cooking was very good, and since we were running away from war, we did not have any money, so she was always buying potatoes, believe it or not. For a whole year I ate potatoes prepared in a different way each time. This really inspired me, and I think this was the beginning of my interest in food, because my mom taught me how to eat. When you can cook one thing 365 different ways, in the end you learn that creativity is what really matters. That’s what I learnt.”

After Budapest he headed to Spain, to France, to Africa…

Ljubomir arrived in Portugal in 1997 to visit his sister Natasa, never thinking that a few years later he would be opening his first restaurant in Cascais, just outside Lisbon. 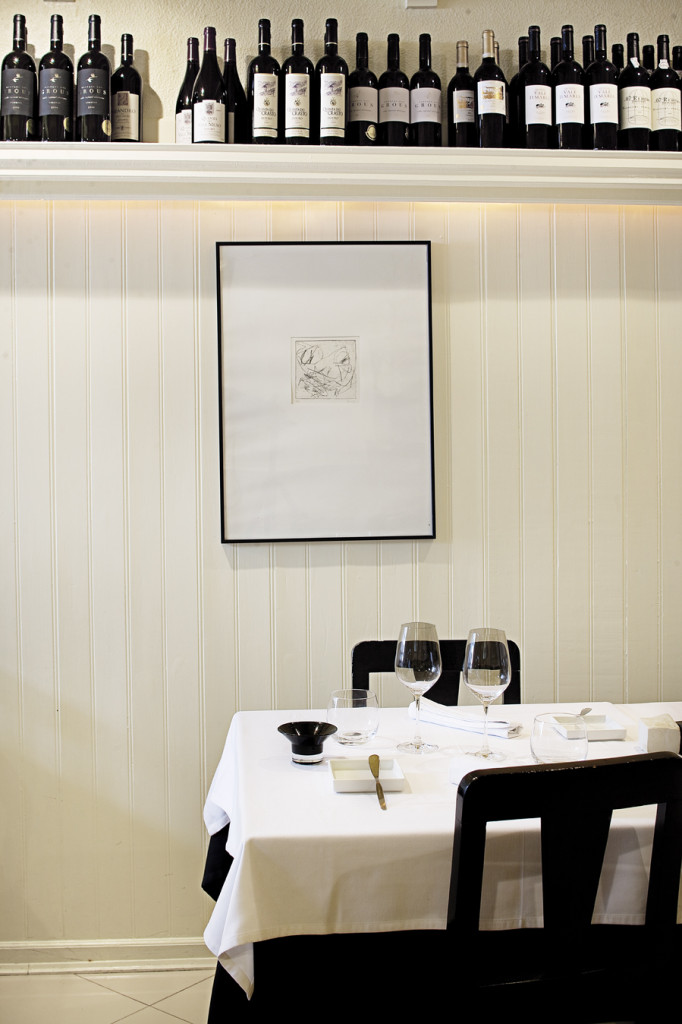 ’I travelled around Europe, and about halfway round I ran out of money, so I went back to Portugal to live with my sister. The more I tried to leave this country, the tighter it held on; something was keeping me here. Maybe it was the Lisbon light.  I have never seen light like this in my life. Later I discovered the beautiful nature that Portugal has… and the women, of course. They were the ones who taught me the language, and furthermore, how to understand Portugal.”

Apart from women, he takes inspiration from each country that he visited.

“On my menu you can find everything that I have tasted throughout my life, in Africa, China, France, Spain, and, of course, in Serbia… as well as typical Bosnian and Portuguese food. We change the menu from time to time, but there is one thing that you can always find on it- cod.” 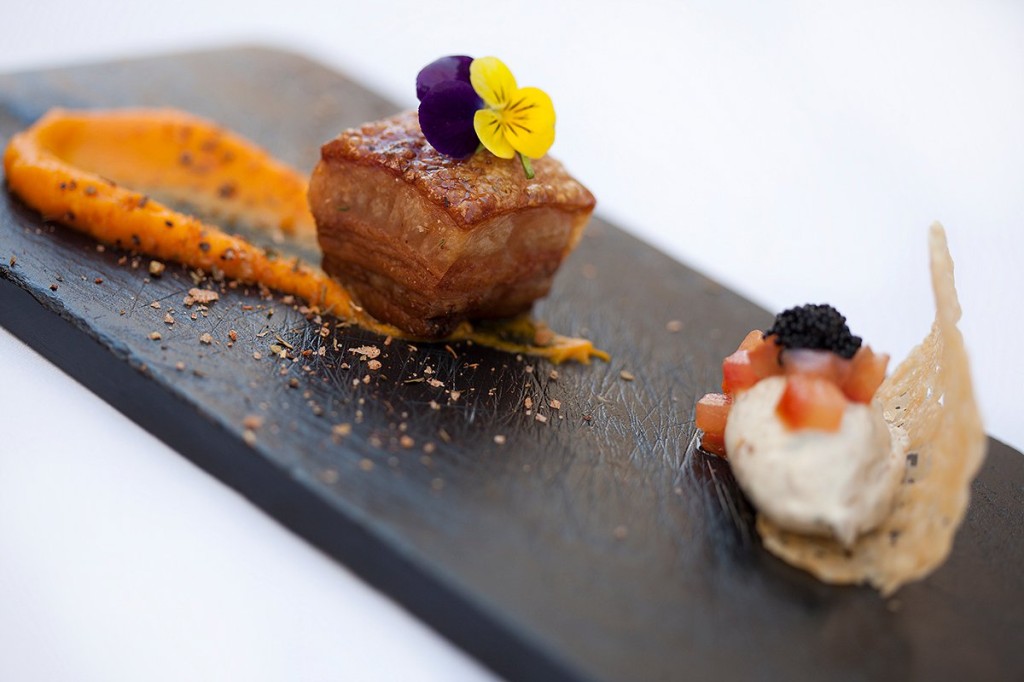 Although he speaks Serbian with a strong Belgrade accent, he sometimes spontaneously comes out with typical Sarajevo slang that can only be heard on the streets of the Bosnian capital.

The waiter interrupts us to take our order, which reminds me to ask him what his favourite dish is.

“I do not have a favourite dish, but I adore my mom’s Sarma and Pihtije. I love to eat good Burek, salty pies… I really enjoy Serbian food, but it is very heavy in the Portuguese climate, because here there is no real winter. I adore emotional cooking, as opposed to rational. Rational cooking is 100 grams of flour, 2 eggs… I do not know to do it that way.  I know to take flour in my hand, add one egg, and then see what I need. That is the way I learnt to cook.”

Nevertheless, he has learnt from the best chefs, and has received several accolades and awards during his career, including one for best culinary book, ‘Papa Quilómetros’ (the title literally means “someone who is always on the go”). But Ljubomir says that he does not collect trophies and medals. In fact, he is most satisfied when the restaurant is full, and the atmosphere reminds him of home. He says that recently, he has been cooking less than before, so today in Anfiteatro during this festival, the fish dish we are eating has not been prepared by him personally. After all this time in the kitchen he is now interested in travelling and new adventures. 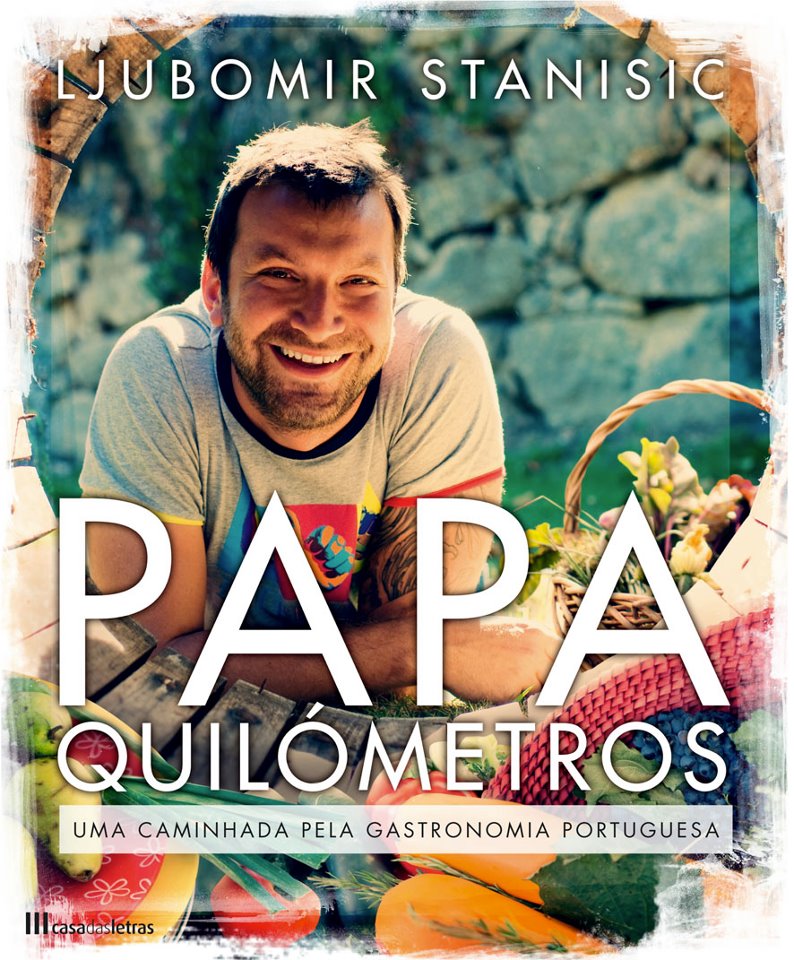 “I don’t cook every day in my restaurants, because I don’t have that much time. Usually, I prepare food three days a week, and the rest of the time I am promoting my cooking in other countries. My plan is to buy a caravan and travel around the whole of Europe, for one year. I will shoot a documentary, write books and cook. Even though I have successful restaurants, I feel like I need to rest for a year and travel. I wouldn’t mind selling potatoes on the beach,” he adds with a smile. “I am living my dream and have enjoyed every second of it.”

Europe is… a very good shelter with rich culture, history and tradition and similar to spanish paella: a mix of a litlle bit of everything that often gives good digestion.