“A foreigner here and a foreigner in my home country too”

The personal testimony of a young immigrant from Afghanistan. Ibrahim is twenty-seven years old, he is from Afghanistan and currently lives in Greece. He is a very simple man with an abounding kindness. The calm tone of his voice when he speaks to you hides a special maturity which someone only obtains through his life experiences. And Ibrahim’s experiences are not the ordinary experiences of a young man of his age. His experiences have made him see life realistically, but without altering him as a human; quite the contrary. He met me with a very warm smile and a very warm handshake, to describe to me the problems that he has faced and continues to face today. Ibrahim why did you have to leave your country?

I had to leave because of the war. I was a kid then and my father was afraid that they would enroll me in the army. The Taliban were going to the villages and recruiting the children by force.

How did you leave from there?

I left with my sister and her husband. The whole trip was on foot. We paid a lot of money to a smuggler who brought us to Iran and from there to Turkey. We stayed for a while in Turkey and from there we crossed the Greek border. We went to Alexandroupoli and from there we went by train to Athens.

Were there dangerous conditions during the trip?

Yes they were, especially at the border of Iran with Turkey due to problems the Turkish have with the Kurds. We were sleeping one morning in a small dried brook when some soldiers woke us up. They told us that they saw us last night while we were walking and they almost shot us. They thought we were Kurds of PKK. They didn’t open fire because of the children that were with us. Lots of people have been killed like this.

How many days you were walking?

Five or six days from Afghanistan to Iran and about a week from Iran to Turkey. We were walking at night and sleeping during the day. The conditions were very difficult because of the winter; it was really cold and there was a lot of snow. We had some supplies, but at some point we ran out so we had to be patient until we reached somewhere where we could buy something to eat.

What did you do when you arrived in Greece?

Once we arrived in Alexandrouli the smuggler robbed us. He took our money, he took everything we had and told us to leave or he would kill us. I was with my sister, her husband and two other kids. Fortunately later, a very kind man who was passing by in his car saw us wandering. He stopped and asked us where we were going. I knew how to speak English and I knew some Greek, so I explained to him what happened and that we wanted to go to Athens. He took us to the train station and he bought us the tickets to Athens. Once we got there we went to the refugee centre.

How did you live there? Did the state give you asylum?

No they did not. They gave us the pink card, it is for temporary stay. We were living in the refugee centre and I had found a job because we needed money. But one day when I returned from work I found out that my sister, her husband and the two other kids had gone. We had had a discussion about it,  but I just didn’t expect it.

How old were you then Ibrahim?

I was thirteen or fourteen. I was all alone, I didn’t know anyone. At the refugee centre I had some problems with some kids who were older than me, so I asked the social worker if I could leave. So they send me to the Paidopolis Institution, for orphaned children in Thessaloniki. While I was there, I had already been rejected for asylum, but for unknown reason, the people from the Institution didn’t tell me early enough so I could register again. They informed me about it a year after so I lost the right for asylum. I still have problems with my papers because of that mistake.  Recently I was arrested. I spend twenty two days in jail … an awful situation. Luckily some people I know here helped me so I was released; otherwise I would have spent from three to twelve months in prison. 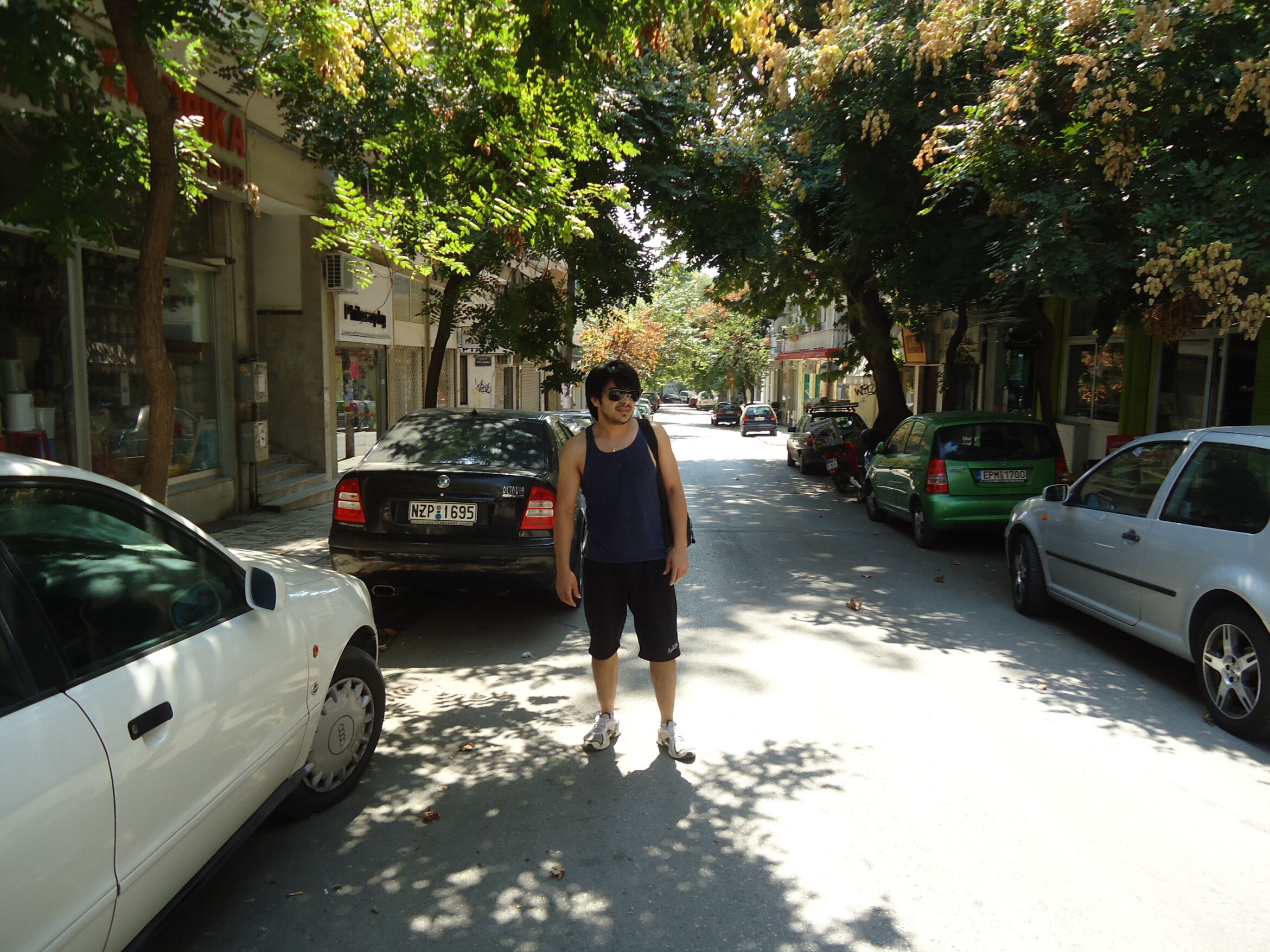 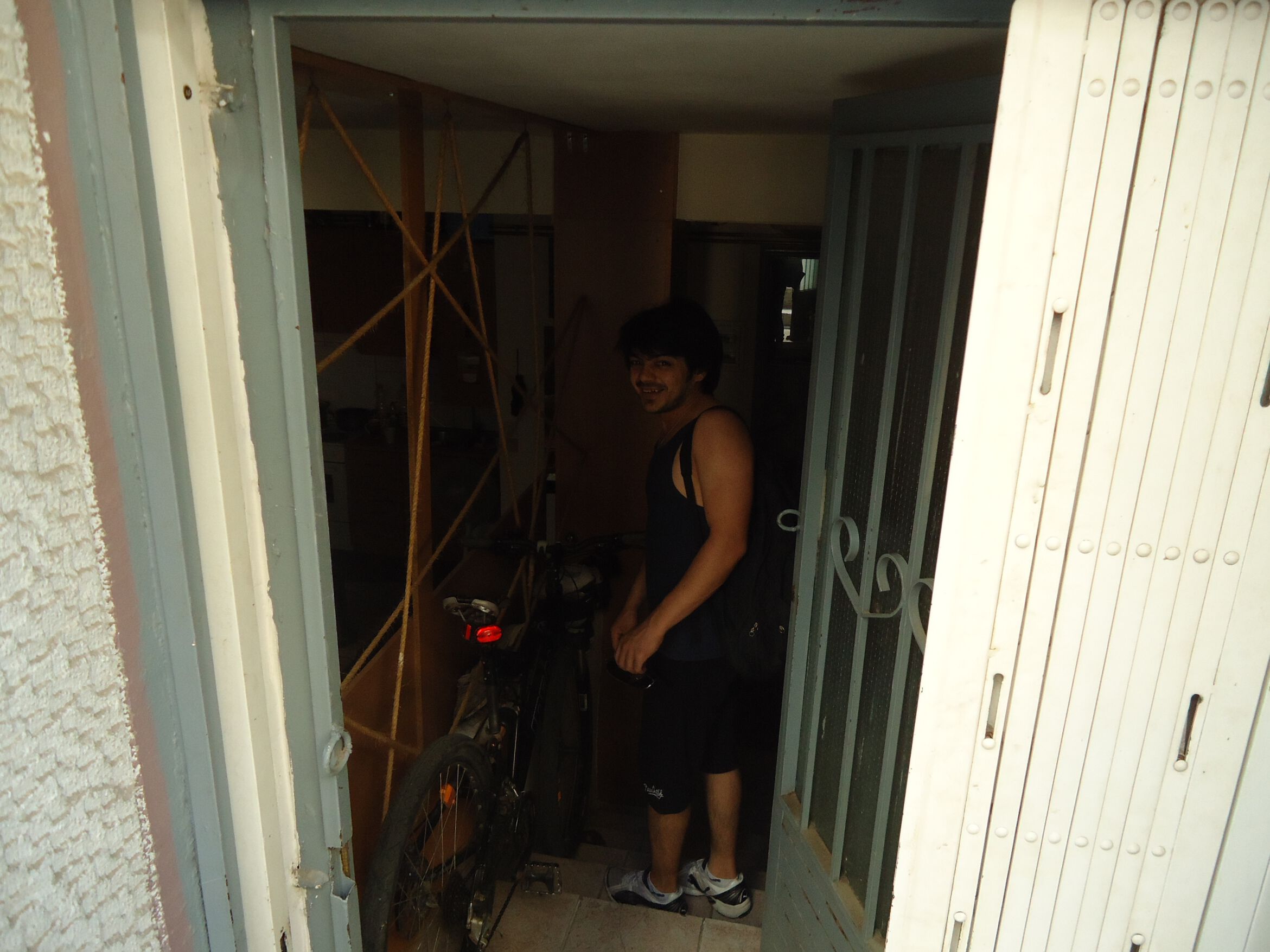 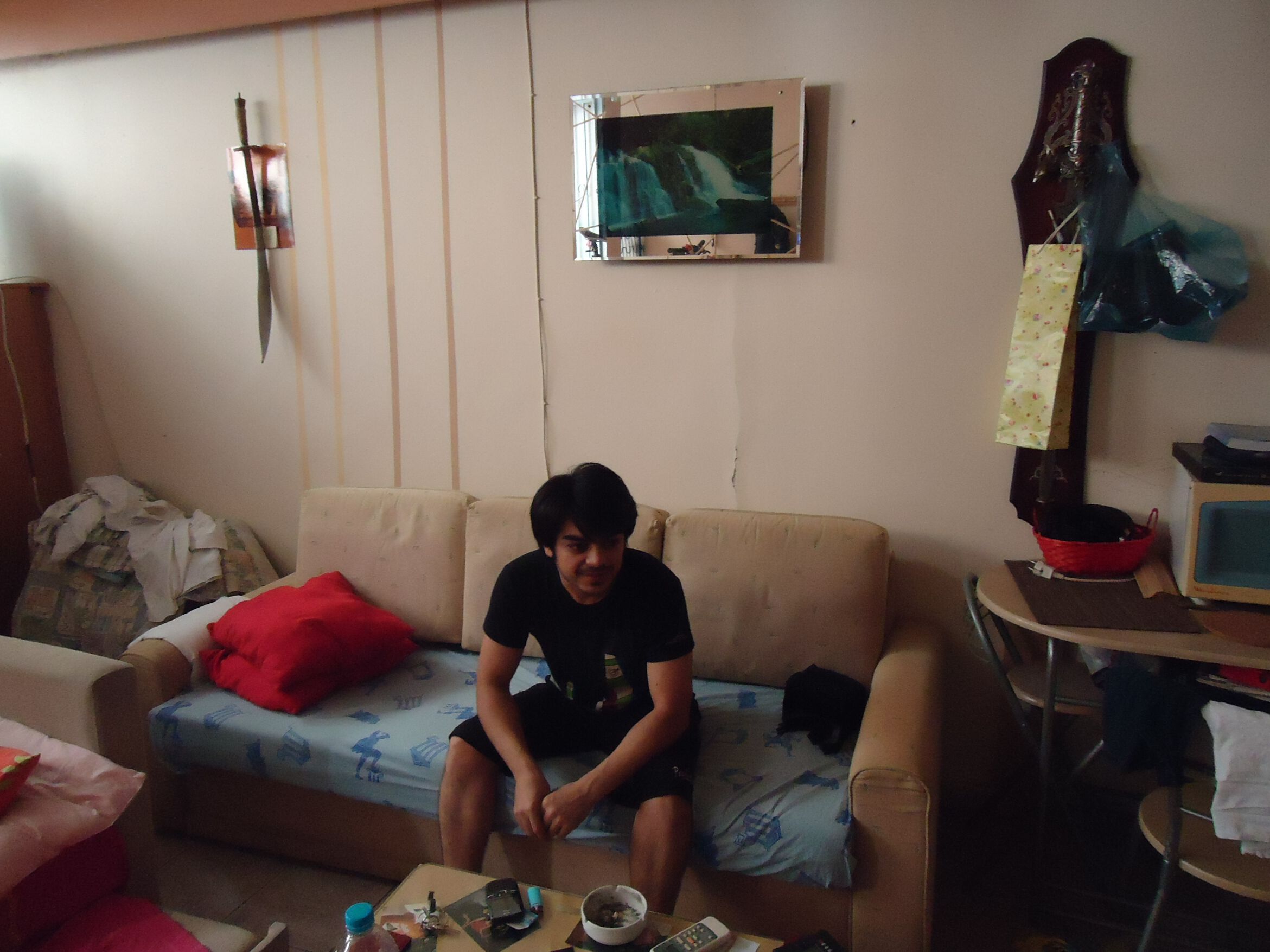 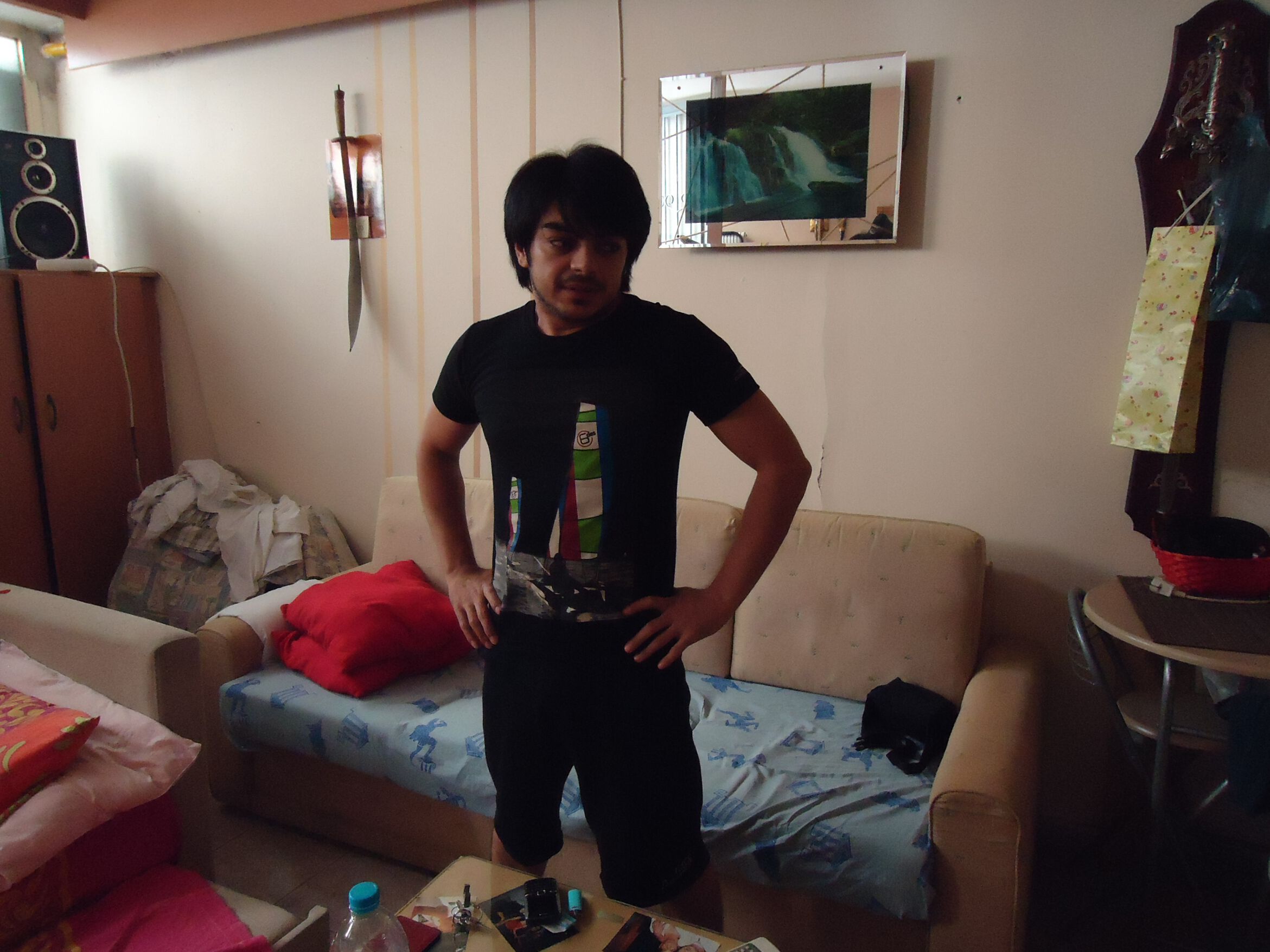 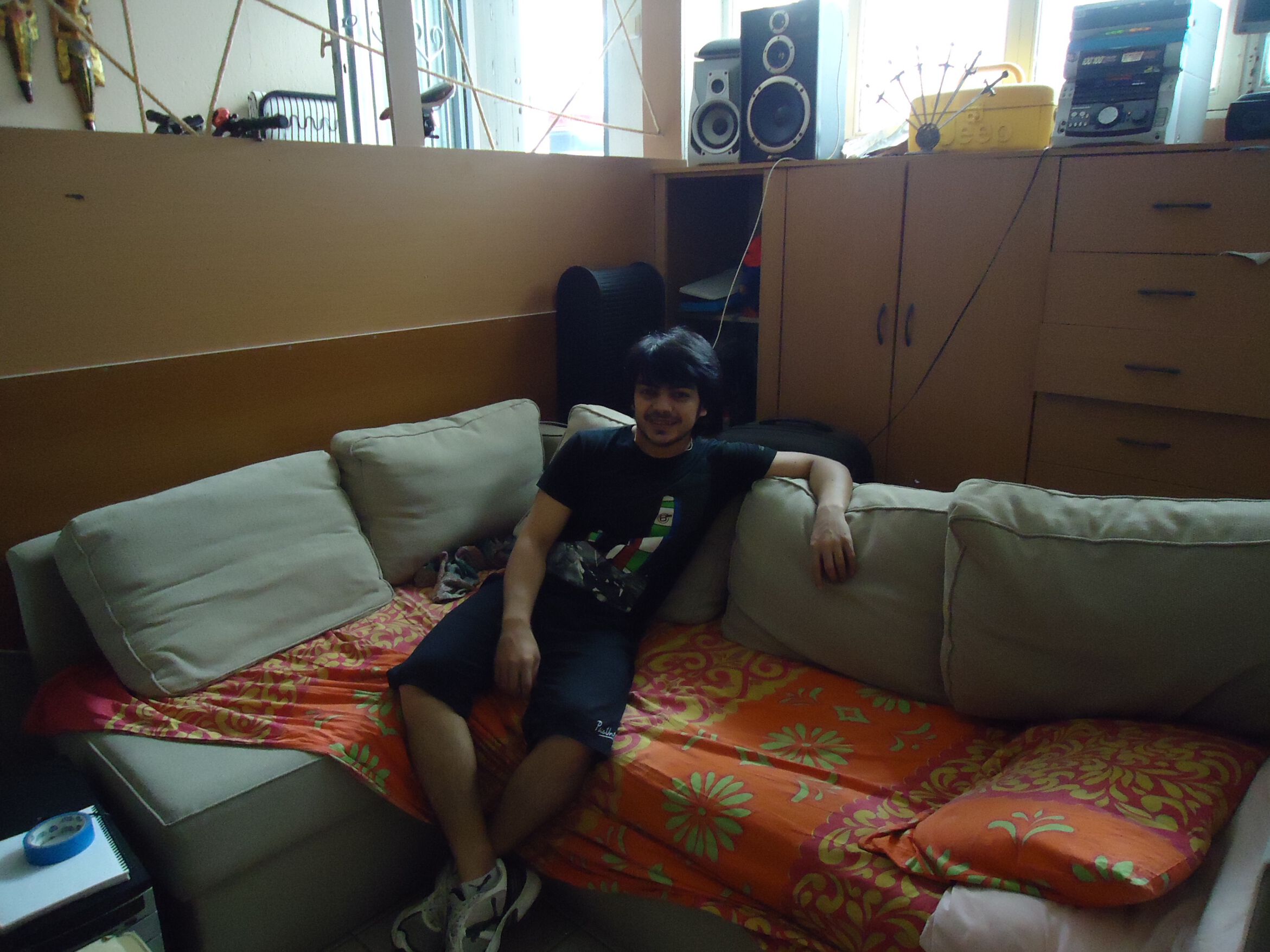 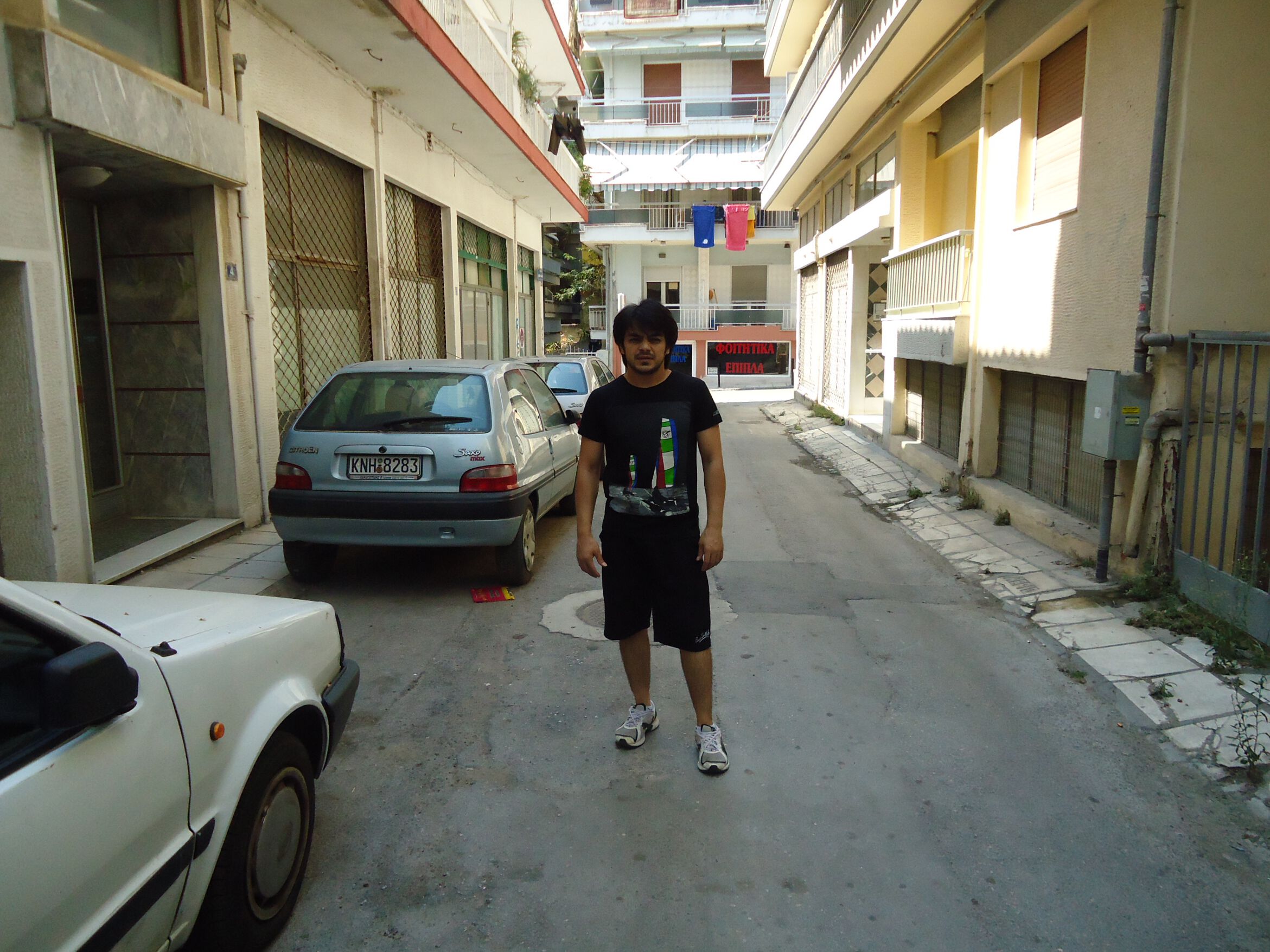 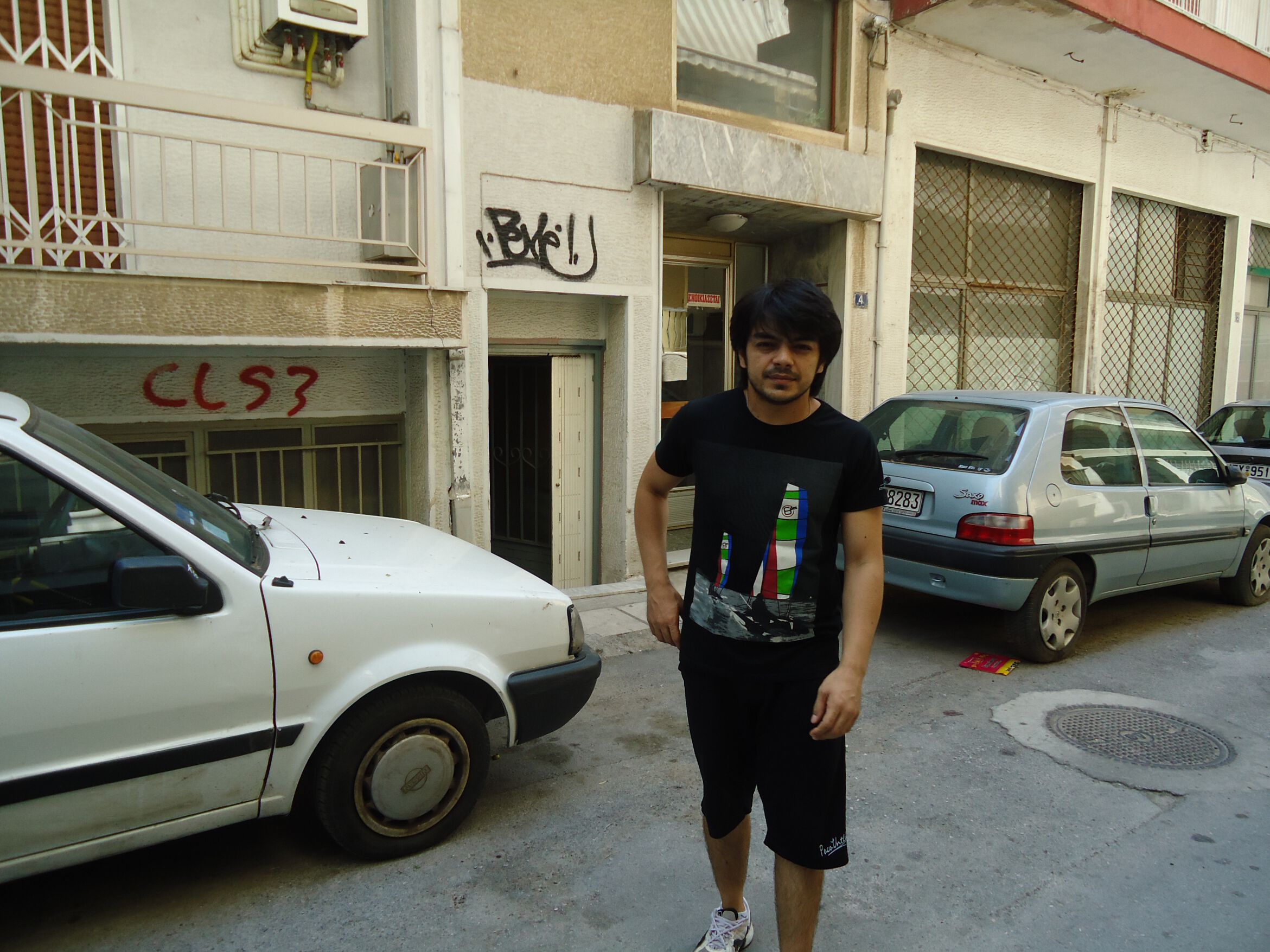 How did you end up in Papafio Orphanage?

After Paidopolis was closed in 2001 they send us to Papafio. I stayed there until 2008 and when I left I rented a house with a friend of mine.

How were things in Papafio?

It was very good. I made many good friends there. I was going to school but the most important thing for me was a job. I needed a job because the money they were giving us was not enough to make it through on your own.

Do you have any contact with your family Ibrahim?

Νο I don’t. They killed my father last March. The rest of my family was forced to leave the country. Unfortunately I don’t know where they are. I don’t have any contact with them.

While you’ve been here in Greece, have you ever felt rejected because of your nationality?

Yes and it makes me sad. I remember I called once for a job I’d seen in a newspaper, but when I told them my name and where I come from, they told me that they’d prefer to choose someone who is from here. It was very difficult for me to look for a job. I knew I would have to face these things. People react strangely when they hear my name. I think it is unfair to judge immigrants by the same criteria.  For example, if you see on TV that an Afghan committed a crime then automatically all Afghans are bad.

What do you expect from the future, what are your expectations?

The truth is that I don’t even know what to expect anymore. While I’d had some hope to stay in Greece, now I don’t. I can’t go back home because I know that they will kill me.

… I’d like to have rights. I mean I’ve lived here about fifteen years. I’ve learned the language; I went to school, finished high school and technical School …I’m a foreigner here and a foreigner in my home country too. I haven’t seen my family for eighteen years. My father was killed and my mother now must be sixty nine, seventy years old.

Is there some progress now with your papers? Are you waiting on some kind of an answer?

I am waiting for them to call me so I can go to the police station so that they can give me the pink card and then go to Athens for an interview. They told me that this would happen in a month but already it’s been two and they’ve not called yet. What you would like to tell the people who read the article?

Not to judge only by what we see. Not to judge people just by their looks, but try to read their hearts, try to get to know them, to sit down and talk to them. It’s what’s inside that counts.