When people die because their rescuers are standing trial

While European politics is discussing symbolic political measures and right-wing populists of all countries are trying to push through deportations and prevent immigration, hundreds of people continue to die in the Mediterranean attempting to reach Europe by sea. Civilian sea rescuers are doing their best to prevent this – and are increasingly criticised and criminalised for doing so. We spoke with Claus-Peter Reisch, the captain of the Lifeline, about the the fraught situation. The Lifeline is a rescue ship from the civilian sea rescue organisation MISSION LIFELINE, whose crew rescues people from drowning in the Mediterranean. After the ship took 234 people on board in June, first Italy then also Malta forbade them from docking at their ports. It was only after five more days that the ship was allowed to land in Valetta, the capital of Malta, but legal proceedings were immediately started against Claus-Peter Reisch and the ship was seized. We met Mr Reisch at the sidelines of the ‘Ausgehetzt’ (’stop the hate speech‘) rally in Munich.

MH: Mr Reisch, your ship the Lifeline is stuck in Malta right now and cannot leave. Why is that?

Reisch: It’s not just our ship that’s stuck in Malta and not able to leave, but all three ships normally stationed in Malta are not allowed to leave. One because the Maltese traffic authority forbids it, and we are not allowed to because the ship has been seized as evidence in the trial against me. We’re actually just talking about whether or not a certificate is valid, a certificate that has neither expired nor is a fake. The world doesn’t make sense anymore. We’re not talking about sea rescues anymore and that is actually the subject that I care about. 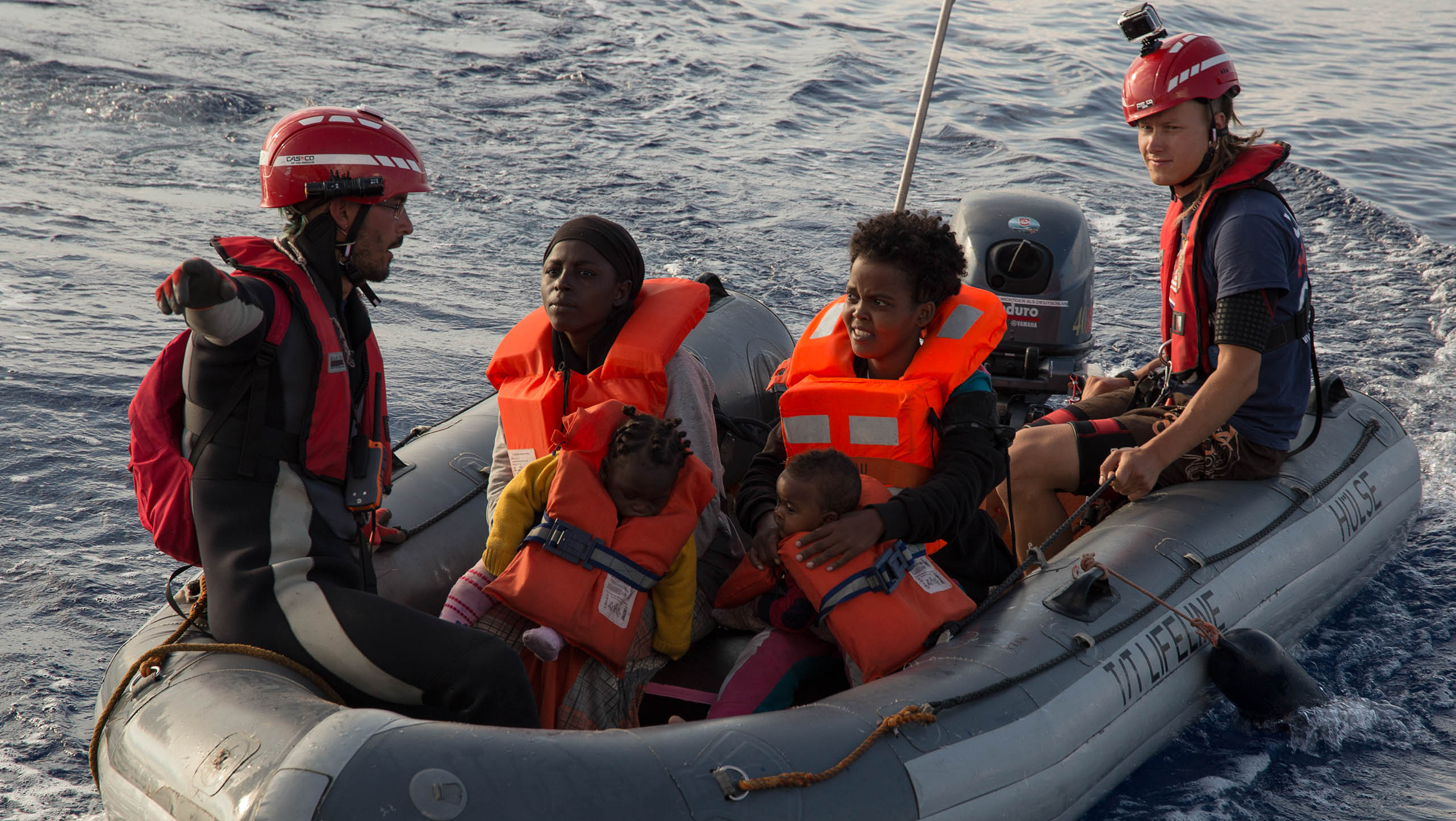 MH: At the moment are there any other civilian ships carrying out sea rescues in the Mediterranean at all?

Reisch: There are three ships out there still, but they are being operated from Spain and are also taking the refugees to Spain. They have to transport the people over long distances, this way the ships are kept out of the sea rescue area. We don’t get to choose which ports we take the people to; they are assigned to us by government agencies. We don’t have a choice of where we bring the people to.

MH: Critics of sea rescues say that if there weren’t any rescue ships, fewer people would brave this crossing. Have you seen any evidence of this in the past weeks, now that fewer sea rescue boats are out there?

Reisch: No, the exact opposite. More people are dying than ever. July 2018 will go down as the most deadly month in the history of sea rescue. The smugglers don’t care if people survive. The deal’s been done, they’ve got their cash, and the people are just being dumped in the sea.

MH: The boats you come across in the sea are often completely unseaworthy. Why is it that the refugees let themselves board these boats?

Reisch: Well, you know, the people have never known sea. They come from sub-saharan countries, from the Sahara. There isn’t any sea there, there’s a sand sea. And then at some point they see this amount of water that they’ve never seen before in their life and then of course lots of people get scared. But if they don’t board the boats on their own, they shoot two or three people on the beach and the others then get on.

The organisation’s aim is to save any people from drowning who are in distress at sea. Which is why they concentrate on the area of sea where the most people die in the world right now – the central Mediterranean. With their ship LIFELINE they patrol along the Libyan coast in international waters searching for people in distress, rescuing and looking after them. They cooperate with other help and rescue organisations in this endeavour. As a result, several hundred lives were saved in 2017.

MH: The fact that the people are taken to Europe afterwards and not back to Libya or other African countries is often criticised. What is the reason for this?

Reisch: There are several reasons for this. One reason is that we receive the port assignment, the so-called Port of Safety, from the Rescue Coordination Centre in Rome. They assign us a port and we have to go there. I have no free choice in this. The second point is that there is the Geneva Convention on Refugees, and it states that you cannot bring people back to a country from which they are fleeing. I would have to bring the people back to Libya. I am not allowed to do that. I would be guilty of an offence if I did that. Moreover it would be extremely dangerous for my crew, myself, and the ship if I were to enter Libyan waters. A civil war is being fought there, and who voluntarily travels to a country in the midst of a civil war? Tunisia is also ruled out. It is not a country fighting a civil war but it is also not a safe country. The people there are deported in so-called chains of deportation and Amnesty International is reporting about torture and suchlike in Tunisia. The Lifeline in the Mediterranean. Photo: Hermine Poschmann / Mission Lifeline

MH: The accusations against you and the seizing of the Lifeline and other ships have attracted a lot of media attention. What’s your view on the atmosphere surrounding sea rescues?

Reisch: I think that many people have been reminded that people are dying over there in the central Mediterranean en masse, especially because of the current absence of independent sea rescuers. Incidentally, these ships rescue “just” 40% of the people, the rest is done by merchant vessels, and also partly by the military, which is supposed to be made illegal now as well. If we don’t do it then no one will, and the people will simply die there.

MH: What skills should you have if you want to get involved on deck with civilian sea rescues? Who is needed?

Reisch: At Mission Lifeline we are always happy to welcome operators, experienced ship mechanics, marine technicians, engineers. They have a very important position on the ship. Navigators are also in demand, along with paramedics, electricians, emergency doctors or surgeons and experienced nurses. We also need female members on the ship because we get a lot of women and small children and they just have a different relationship with a female doctor or nurse than with a man. MH: How can those who don’t dare undertake this difficult job at sea support the rescuers from land?

Reisch: Firstly, and in any event, of course though donations. We finance this ship exclusively through donations. Mission Lifeline costs €2500 a day. We need a relatively large amount of diesel, we always have repairs to make. That is completely normal for such ships. We are also looking for people who could help us in media relations, or in the office.

MH: Do you have any concrete demands to make of the governments, the EU or politics in general?

Reisch: Well, of course, firstly sea rescues must never be criminalised. At the moment they’re trying to force us into this corner, which is completely unviable. I used to be a businessman, I don’t need to earn money from people smuggling, which we also don’t do. Those are entirely unfounded allegations. That has to stop. We need to be given a status so that we can sail with our ships and our qualified crews, that’s very important. And above all we have to start tackling the reasons for fleeing. We’ve been talking about it for 30, 40 years, but nothing’s been done about it. It’s all just chatter with no action.

For more information on how you can support the sea rescuers please click here.