Nothing has changed yet, but everything is different – The UK after the referendum

Home » Europe » Nothing has changed yet, but everything is different – The UK after the referendum

24 June, the day when the result of Britain’s referendum on exiting the EU was announced, happened now several weeks ago. The first feelings of surprise and disbelief that the UK, Europe and the world experienced on that day have subsided and the country is now different from what it was. What has changed and what will the future bring?

Even in the first few days after the referendum the number of racist and xenophobic offences escalated in the UK. Polish families found cards in their letter boxes saying „Leave the EU, no more Polish vermin“. People were verbally abused on the street and told to pack their bags.

Anna originally comes from Poland and lives with her British husband and their son in England. On the morning after the referendum a colleague at work advised her to leave the room after she told him she had voted to remain in the EU. “People who I’d known for years hugged me and assured that their leave vote was nothing personal but I couldn’t understand how I hadn’t noticed that side in them before. To be honest it turned my belief in humanity upside down. For the last 15 years I forgot I had an accent, until that morning.”

In the meantime Anna and her husband have been thinking of moving to another EU country. They no longer feel good about being in the UK. “It became a very grey and sad place to be.” They’ll either head back to Poland or go to Italy. “I run a successful music school. We give work to six other staff members and have approximately 200 students. My husband composes music for the media. ”Anna would give all that up in order to start from scratch in a new country. “The first thing I did on Friday morning after the referendum: I applied for a Polish passport for my son. I never thought I’d have to.”

Jenni is also worried by the increase in xenophobia in the UK. She is British but has lived in Germany for 15 years. Her son was born there with a disability. After the result of the referendum was announced she felt betrayed. “I felt as if my country had branded me a ‘filthy immigrant’ as they were calling for a stop on immigration.” Moving back to the UK is now out of the question for her. “When I read about the racism, I wondered when the abuse and discrimination towards people with disabilities will start.” To make sure that she will be able to live and work in Germany in the future she is now applying for German citizenship for herself and her son. “The Germans have all been very welcoming so far.”

Josie is a student of European and Political Science in London. She also thinks that her home country has changed for the worse after the referendum. “I feel like there’s a worryingly large group of people who voted leave for racist reasons, and that they think the leave vote has kind of legitimised their racist opinions. Of course there were problems before the referendum, but it feels like this ‘little England’ mentality has become far more vocal since the result.”

Josie’s boyfriend is Polish and lives in Warsaw. After she graduates she would like to live abroad in Europe. That could be less easy in the future. “Although nothing concrete has changed yet, I feel like I’m having to rethink a lot of my life plans that I’d just taken for granted. Do I have to get a ‘useful’ skill now so that another country will let me in for example?”

Gallery: “March for Europe” on 3 September 2016 in London 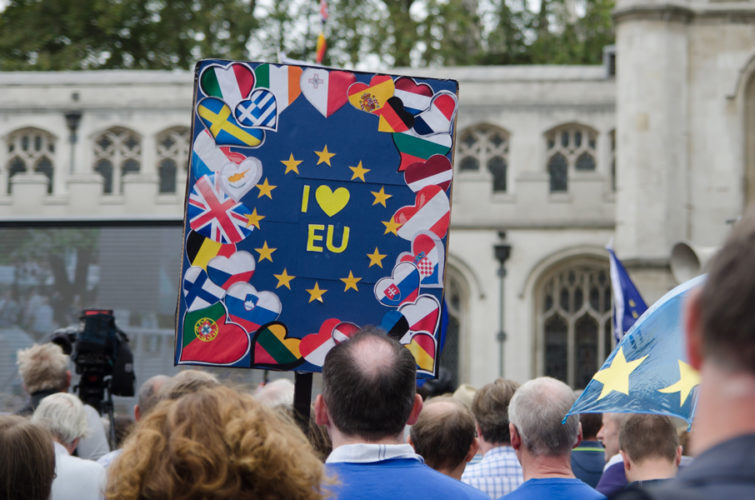 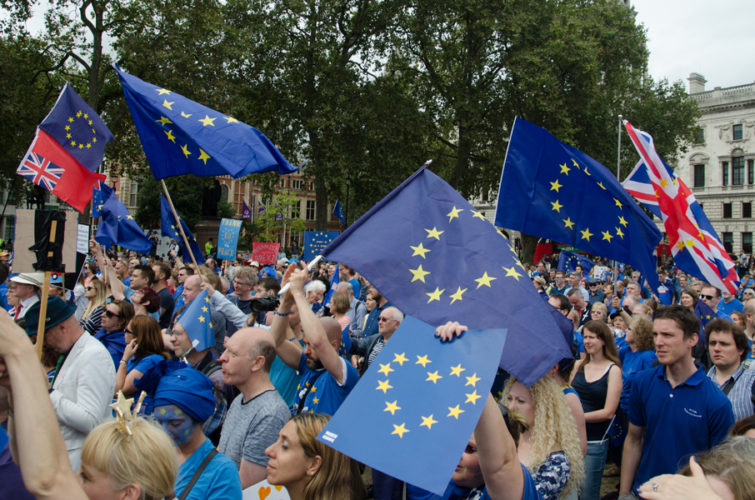 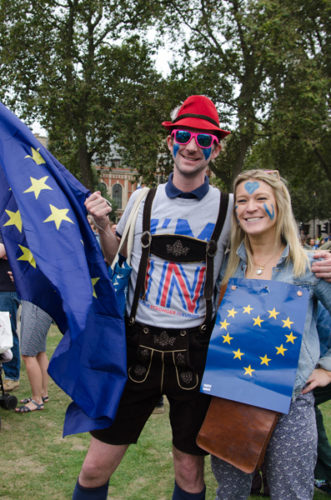 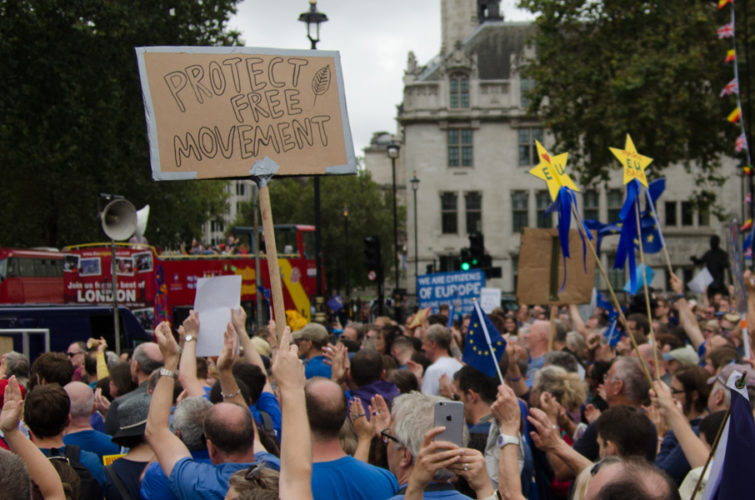 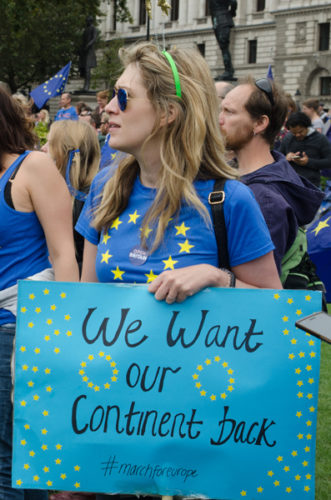 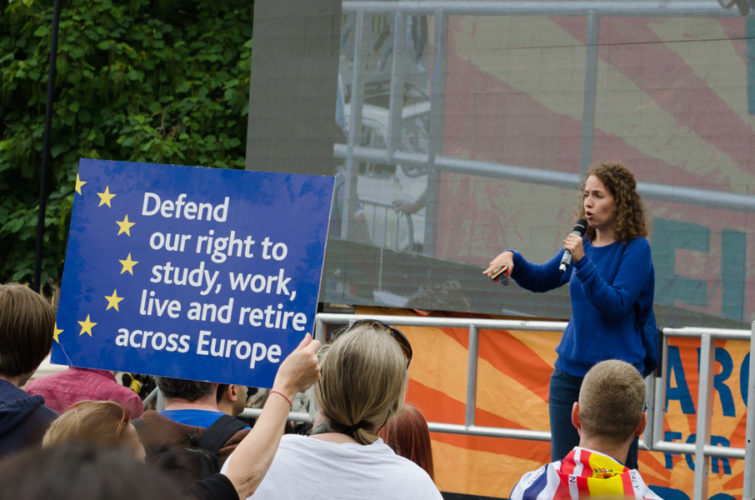 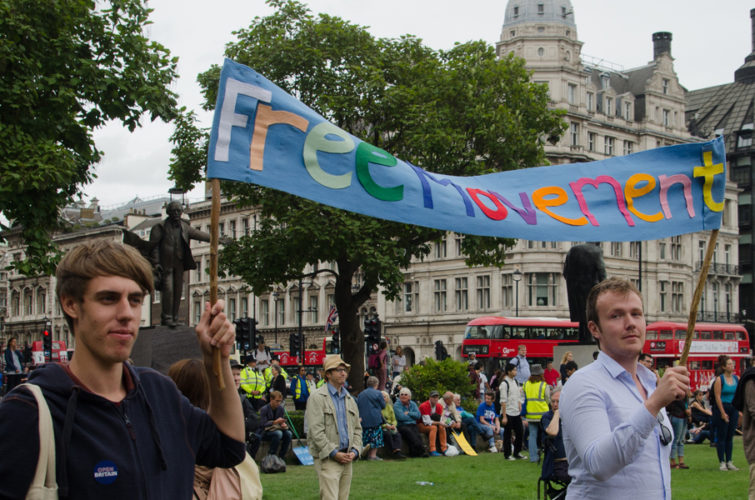 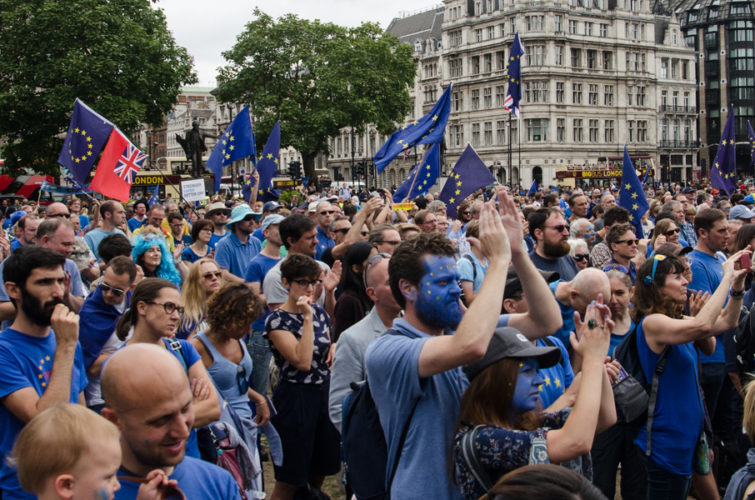 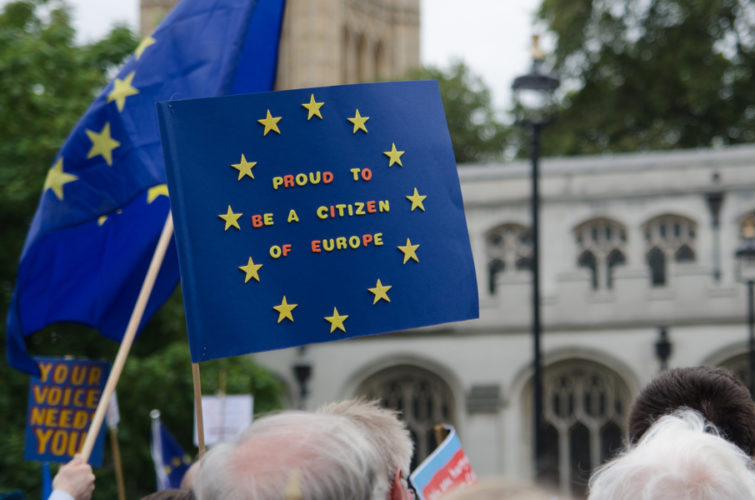 Whether or not freedom of movement will still be granted in Europe in the future is also something that Katie is concerned about. She is British and lives with her Argentinean boyfriend in Argentina. They’re currently expecting their first baby. Katie says that she wishes the same opportunities and freedoms to live, travel and work in other EU countries for her child that she herself enjoyed. “I have been a European my entire life. And now that has been taken away from me. My child will now never know what that is,” she says. “When I woke up that Friday morning, and saw that we had decided to leave as a country, I cried. I literally burst into tears and cried, because I could just see all the opportunities that were taken away from my unborn child.”

The young family’s plans for the future are being put on hold for now. Katie and her boyfriend would like to obtain a ‘Certificado de Convivencia’ in Argentina, a registered partnership for those living together, an equivalent of which does not exist in the UK, but does in the likes of Spain and the Netherlands. “With that he has the right to residency in a European country, with his European partner, me. But now that we are leaving the European Union, we don’t have that opportunity.” The UK has stricter immigration laws for citizens outside of the EU than other member states, but if you spend a longer period in another EU member state a move to the UK would no longer be a problem. “So now, essentially, the only way that we can be together as a family, is to get married, which is not something that either of us believe in.”

Will the result in the UK remain an isolated case or will there be further referendums and exits? That probably also depends on whether the British manage to shape their new situation to their advantage. “Theresa May seems like a very pragmatic person, so I think and hope that she would focus on retaining free trade in the EEA, which would have to come with free movement,” Josie says. What she thinks of David Davies though she doesn’t yet quite know. “I don’t know a lot about him but it already seems as though he’s making these bold claims like Boris Johnson was making, about how we’ll be able to get everything we want, but I don’t believe for a moment that that’s true, not without a compromise.”

Jenni emphasises how important the EU is for peace in Europe and urges not to disregard history. “There seems to be a strong tendency for far right groups to be gaining support and a louder voice. We need to look back at Europe in the 1930s and since then, and learn our lessons. The voice of reason has to be heard and facts, not fear, need to win.”

Those who would like to improve the EU should do it from the inside, according to Katie. “At least if you stay in the European Union, you can say, ‘Well we don’t like it, because of this, this and this, and we’d like this to change’, rather than just kind of washing your hands of it and saying ‘Ok I’m done, I’m leaving’. I think that was an incredibly naïve decision on the part of the British public.”

If it should come to further plebiscites Katie can only recommend actually showing up to vote. “Don’t be apathetic. Don’t think, ‘Oh, my vote doesn’t count’, don’t think that the nationalists will never win. The only way to stand up for your right to remain part of the European Union is to go and make sure that you vote.”