In 2012, seven brave friends founded a “social business”, Culture Exchange, consisting of a bike kitchen and a cosy little bar in Novi Sad, northern Serbia. Anna, Suzzy, Lani, Danny, Mary, Pavel and Simon spend their time teaching others how to repair their bikes, organising workshops and language courses and most of it for free. 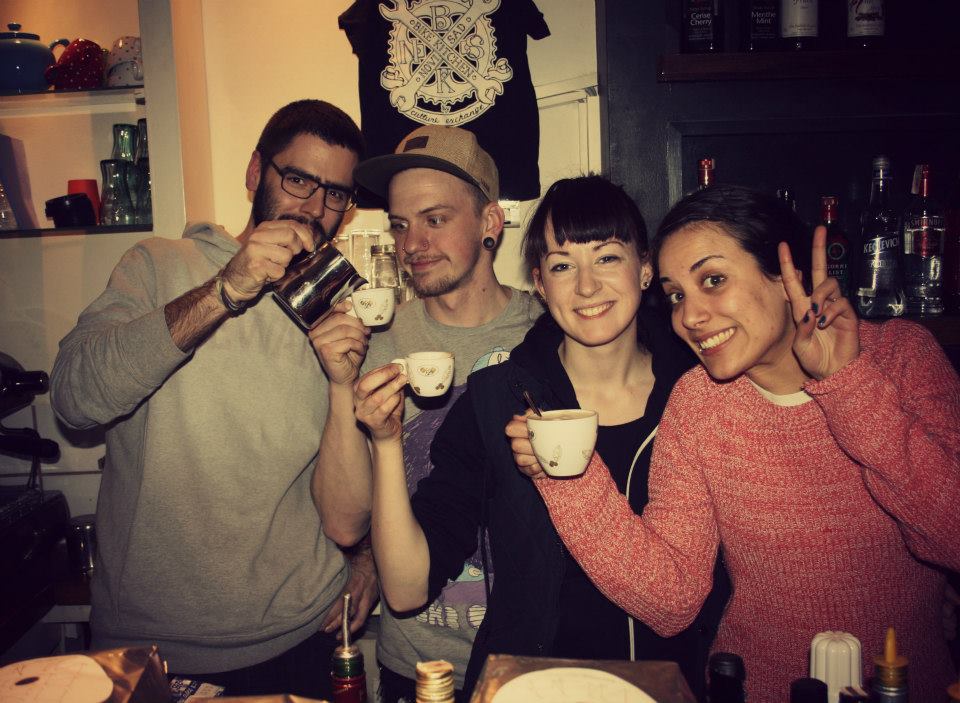 The project has since then endured several difficulties, as was to be expected from such a daring idea, but one in particular which they couldn’t have predicted were false rumours spread through online media that might have played a role in Simon, the project founder, seeing his visa application denied for the first time.

Simon is a 32 year old American/ Philipino. He became interested in the Balkans when he was 19 years old, with humanitarian work in the post-war years in Bosnia and Herzegovina gaining a desire to see other former Yugoslavian countries. He started traveling with his wife from Montenegro to Croatia; the music festival Exit brought him to Novi Sad for the first time.

“It was cool, the first time I saw Novi Sad, I really liked it. First I liked the people, everything seemed so fresh. This was the time after the war and the Exit festival was so new, there was lot of activism involved. So I especially liked Novi Sad, and after talking to people my age, we felt there were a lot more things to do in this place when comparing to the United States or Western Europe. We started a little World Press Blog, and had a kind of idea to do something without any sponsors or support from other organisations. I wanted to find people who shared these ideas.”

“I wanted to find a balance between social work and business. It is a community centre; it is a business and social project.” 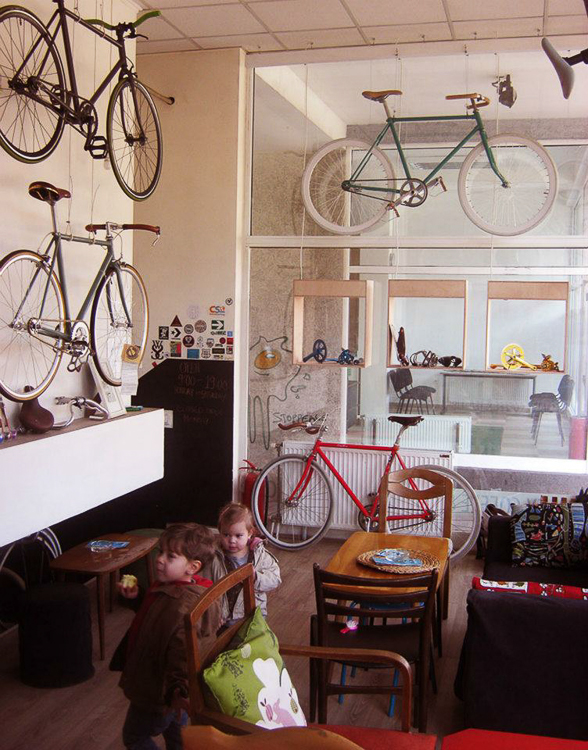 “We are trying to provide everything in one place. Maybe the idea is too idealistic, but we wanted to have a “bicycle kitchen” combined with a bike shop. The bike kitchen has tools that anybody can use. Most people have their own tools to repair bikes, but there are always those special ones that most people don’t have. So anybody can come here, fix their bike for free, and our volunteers will show them how. People buy parts that they need, although some of them are for free. The part of the project that provides us money is the bike shop, where we make our bikes, and a coffee bar where we organise workshops.” said Simon Wilson, beginning his story. 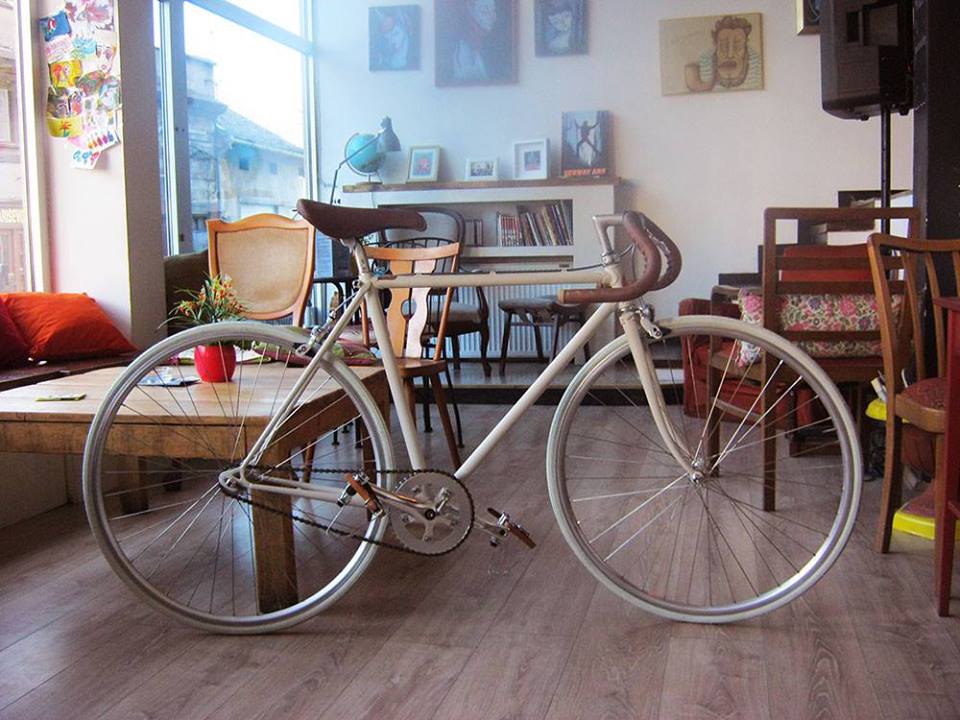 His concept of not having an organisation that provided him resources and not relying on government help was a completely new approach, since ideas such as these often count on help from funds and organizations. However, Simon claims that in his experience, material help from different organisations or government usually pushes you into too much bureaucracy, and then your previously good, practical project starts to look good only on paper.

“When we tried to explain to people what we do here, our concept, everybody was thinking “it sounds very cool,” but nobody thought we were going to do it – nobody. Everybody was so surprised once things were done. After, we became very popular over here. If we didn’t have problems with visas and paper work things would be going very well. We were making some steps to connect with Belgrade, but this visa thing has delayed it all.” 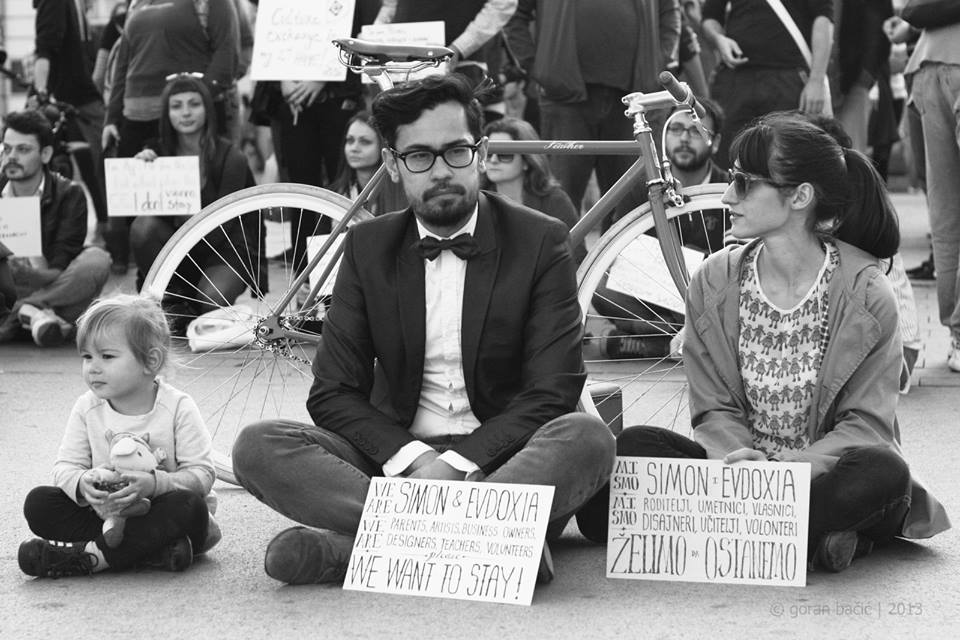 Their desire to do something positive for the environment, using ideas of recycling and inspiring and teaching people, looked pretty fresh in a time that was too many a crisis of ideas, this brought some initial interest in them and what they were doing in Serbia. When they became more popular in the city, some very suspicious online media, made a big story claiming that this group belonged to an organisation “The family international” whose aim is actually to recruit new youngsters for the most bizarre of acts. It divided public opinion in Novi Sad, and although most of them continue visiting the ‘Culture Exchange’ and support the crew, not all do. After this came real media attention, when Simon, and later some of his friends, didn’t get the visa extension that would’ve allowed them to stay in Serbia. Though Simon insisted that he had arranged an extended visa before without a problem, this time things did not go to plan.

Was it worth it, many of us are wondering? The author of this article wanted to know what was pushing them, in this time of brutal capitalism, to step to the side and move towards social activism.

“With all the progress we made in design and technology, we should have things lasting longer – but it is the opposite; that’s why we have problems with the economy, wasting so much resources and so much energy.” 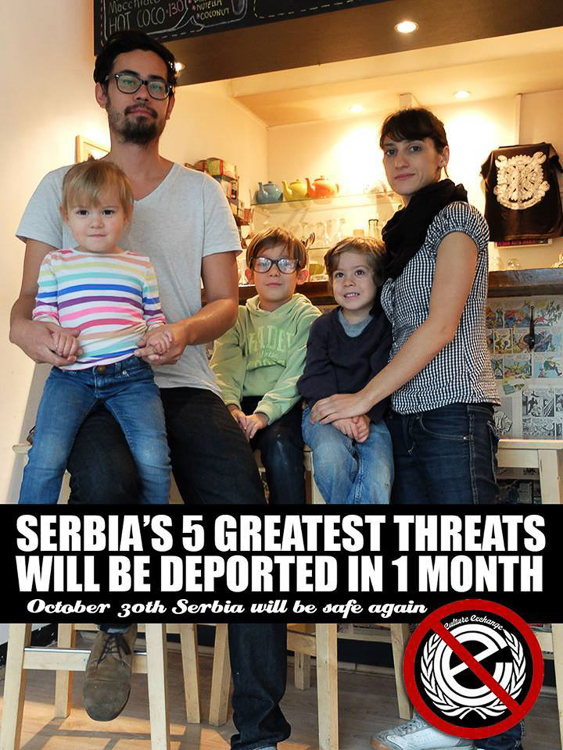 Being brave and without a big money investment, making a social business (especially in a time of risk) was a bit heroic. And don’t forget the fact that Simon and his friends came up with this idea in Serbia, a country where the biggest national question is unemployment. Maybe this fact, for them, was a motivation and message to all readers that everything is possible, if you really do what you believe in.

“There were tough moments, you know you have a small budget, and want to create that kind of lifestyle and project, then you have people arguing about this and that. We had one more guy, a real fireball, but he left for Italy one year after. He is a great guy, but this kind of lifestyle requires lot of sacrifice, and can get on you after a while.”

“But this was the beauty of this concept from the beginning. Not everybody sees a big picture. But people who see it, they see a big problem. But this is not what you need to focus on. If there is in your building a broken window, or your after school class doesn’t have a teacher, or the beach is covered in trash, that is what you need to focus on; you need to focus on what is right next to us. You can’t look at these other problems without asking yourself first, what are the problems in your backyard? That is what this is all is about: looking in your community, your city, and doing something positive about it. I choose Novi Sad for my city, and I want to do something for the community.”

“Everyone can talk, you know, that is why I wanted to do this project, which would speak for itself.” 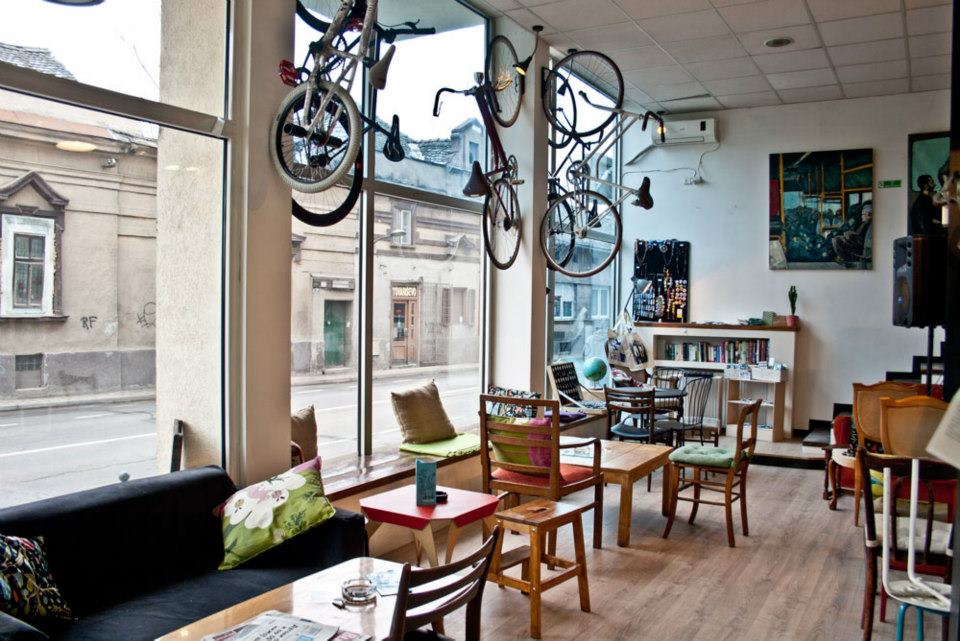 The project really spoke for itself. With a lot of energy and love from its citizens, the city of Novi Sad gained an authentic place where anybody feels welcome, not just bike enthusiasts, and might learn something new, or just see a good and fine company. And this was just a warm-up to something bigger occurring in the heads of Simon and his friends.

“There will always be smart people, who understand things from the beginning, but there are lots of innocent people too, who watch their own televisions, read their own newspapers, and they just receive that information, and they rely on it.” actor Rade Šerbedžija (newspapers NIN)

This was a comment describing human ignorance, by the most popular former Yugoslavian actor, Rade Šerbedžija, when a journalist asked how he felt during the war that divided his country, and after he became persona non grata in his own homeland. But these words could also apply to Simon’s situation. Rules that were made by those who should work for their own citizens, many times defeat someone’s new idea and creativity, and the “witch hunters” that Šerbedžija mentioned, again fail upon examination.

“I think it is not Serbia, it is the World. The world these days is very materialistic and shallow. I really hope this will change, and move towards activism and more important issues. There are always times of tolerance and understanding followed by ignorance and hate; it is your responsibility to shake things up. I think it will always be like that no matter the country or system you live in.” 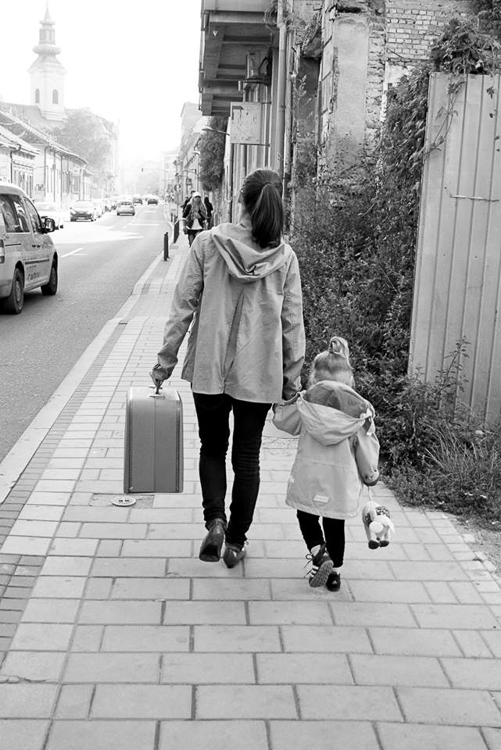 In the time it has taken to release this text, Simon and his family moved and at the moment living in Graz where they are planning to expand their project. One of the founders of the “Culture Exchange”, Anna, is still leading the project in Novi Sad. The author of the text has spotted a similar project to “Bicycle Kitchen” already happening in Spain and Portugal. Is the future ours, or are we going to justify the belief of some theorists that our “generation Y”, that has been growing alongside the rise of technology with an easy approach to information and knowledge, didn’t use our opportunity, and failed to make this world a better place?

Europe is… a very good shelter with rich culture, history and tradition and similar to spanish paella: a mix of a litlle bit of everything that often gives good digestion.