Just pay what you want!

There is an unusual restaurant in Vienna where every guest decides for himself how much he wants to pay for his meal. A Pakistani restaurant in the 9th Gemeindebezirk (district) in Vienna. Three rooms, each furnished in a different way. The first: light grey tables, decorated Plexiglas panes on the walls where every guest can add a piece of themselves using the markers provided, be it with a quote or with a drawing. The second: a children’s play area, a sofa, a crowded bookshelf on the wall. The third: a bar on one end, a stage on the other. The crucial element: in the first room, just as you enter the restaurant, there is a buffet. With its five main courses and two dessert choices, it is by no means the biggest buffet in the city; and whether it is the best one, every visitor must judge for himself. One thing’s for sure, it’s interesting.  Because here there is a simple yet ingenious policy in force: the guest determines how much the meal will cost him. The “Wiener Deewan” (Viennese Deewan) – the name which the restaurant carries – is strongly reminiscent of a Middle Eastern seating area, like that in the second room of the house. Or of a famous collection of poems by Johann Wolfgang von Goethe. Both of these connotations would be fairly desirable, but its two proprietors quite pragmatically named the “Deewan” after themselves. Natalie and Afzaal Deewan opened their restaurant on Number 10 Liechtensteinstraße in April 2005. Not even one year earlier, the chef Afzaal Deewan had come to Vienna from Pakistan. The idea of being damned to inactivity as an asylum seeker did not sit right with him. So with his Austrian wife Natalie, who he had just met and quickly married, he searched for a simple food stall to rent – and landed in an old tavern. “It was a strange feeling to sign a rental agreement for the steakhouse ‘Zum wilden Stier’ (The Wild Bull) when you actually want to open a Pakistani restaurant,” laughs Natalie Deewan. 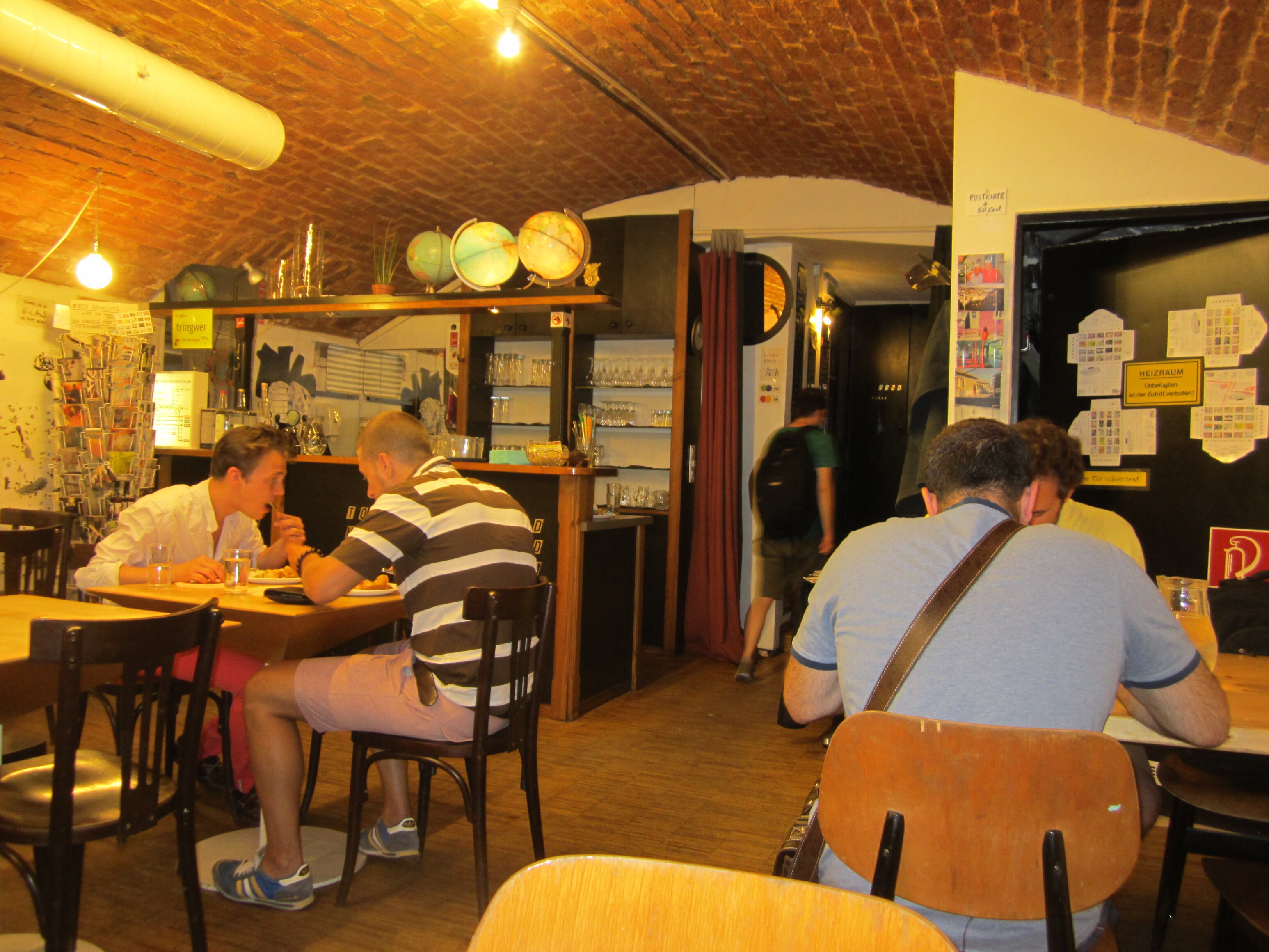 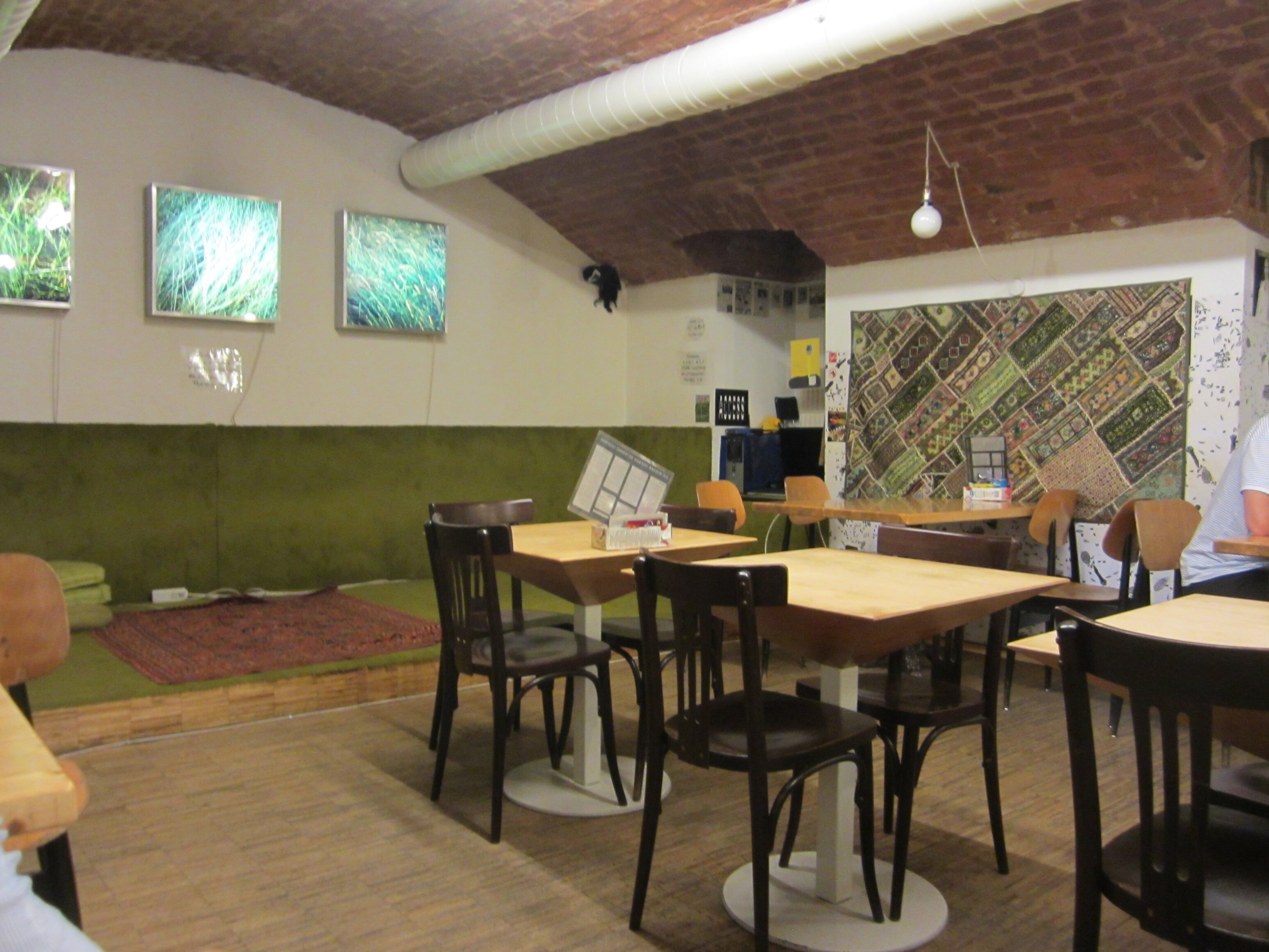 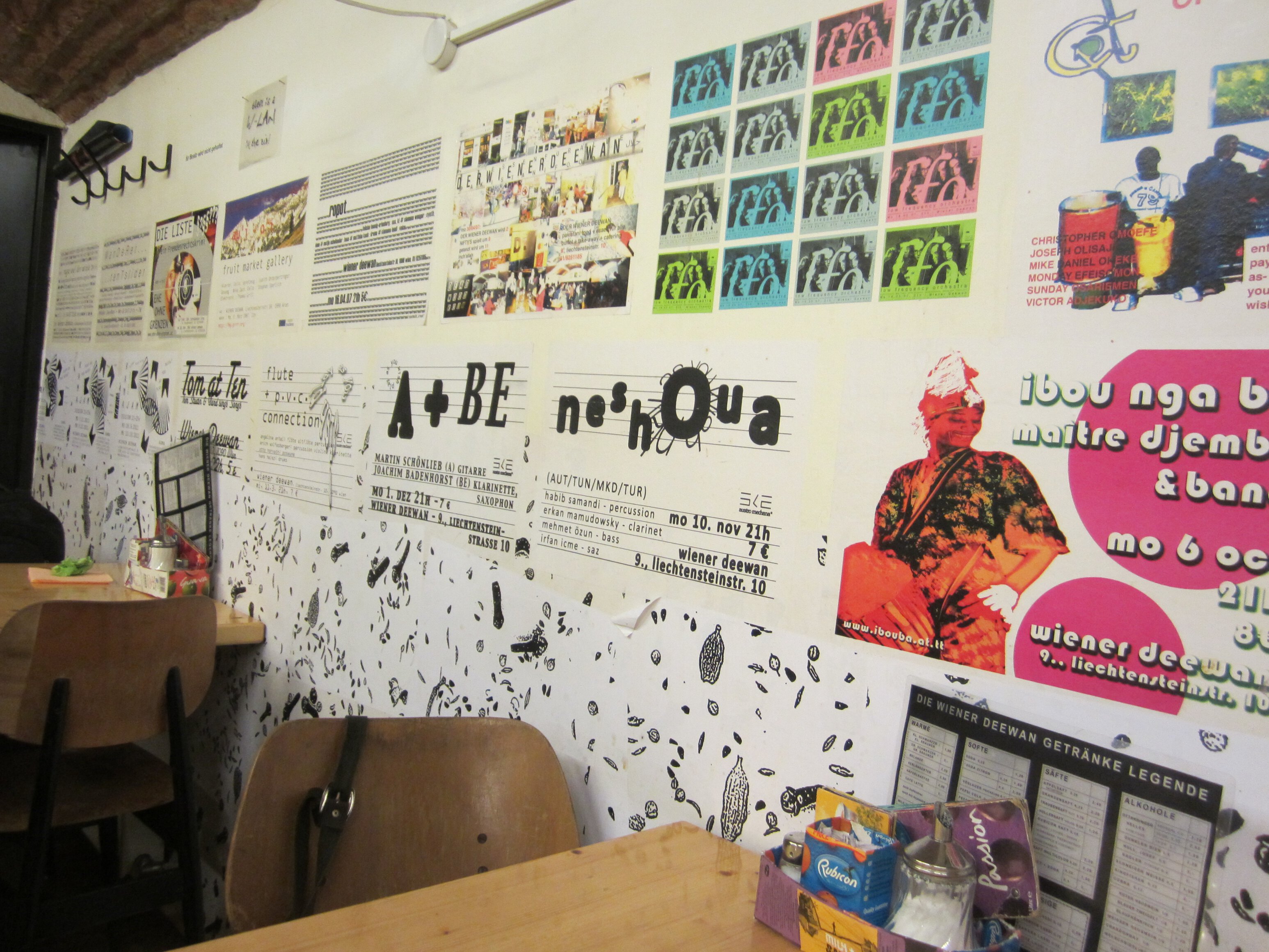 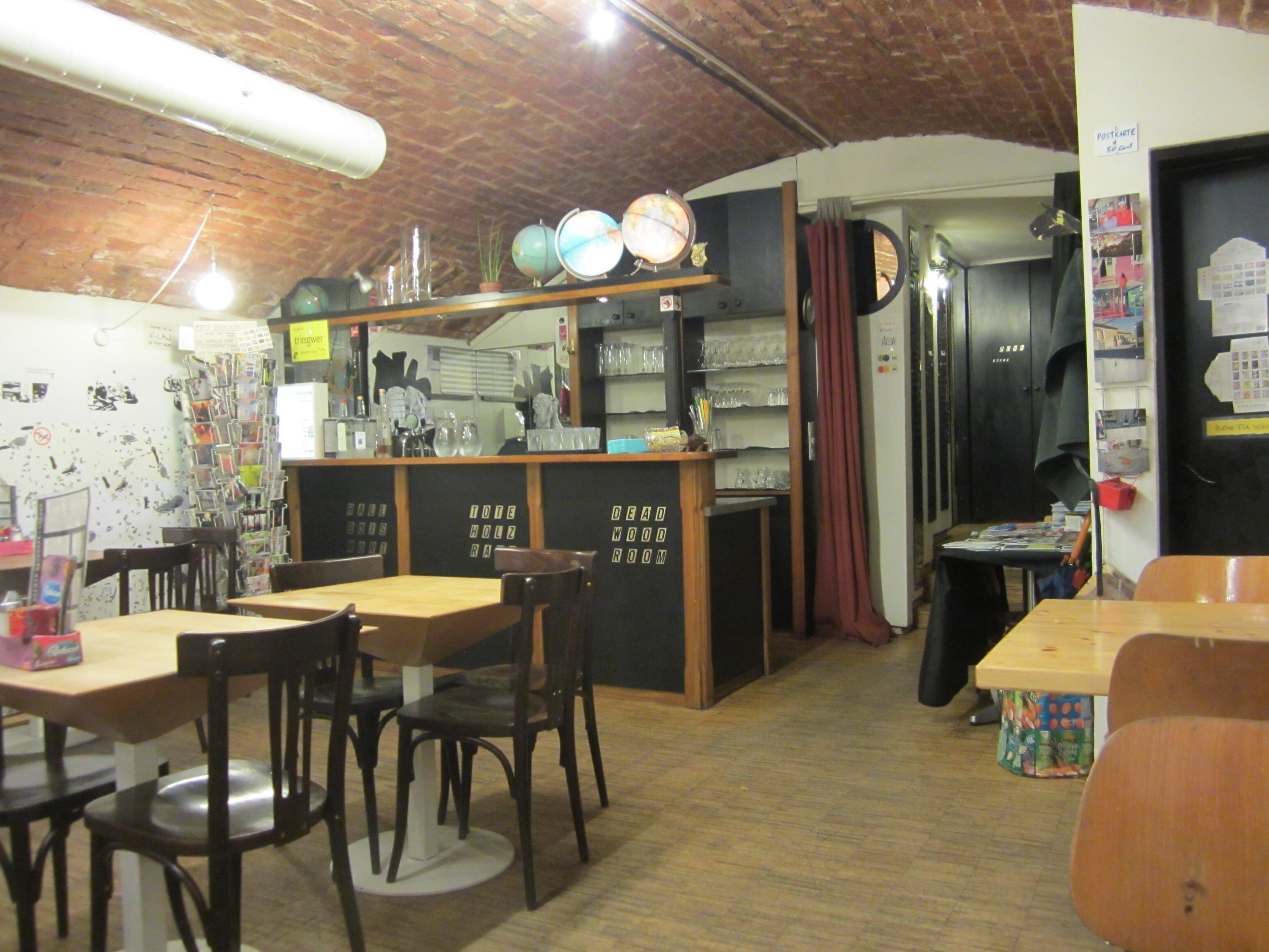 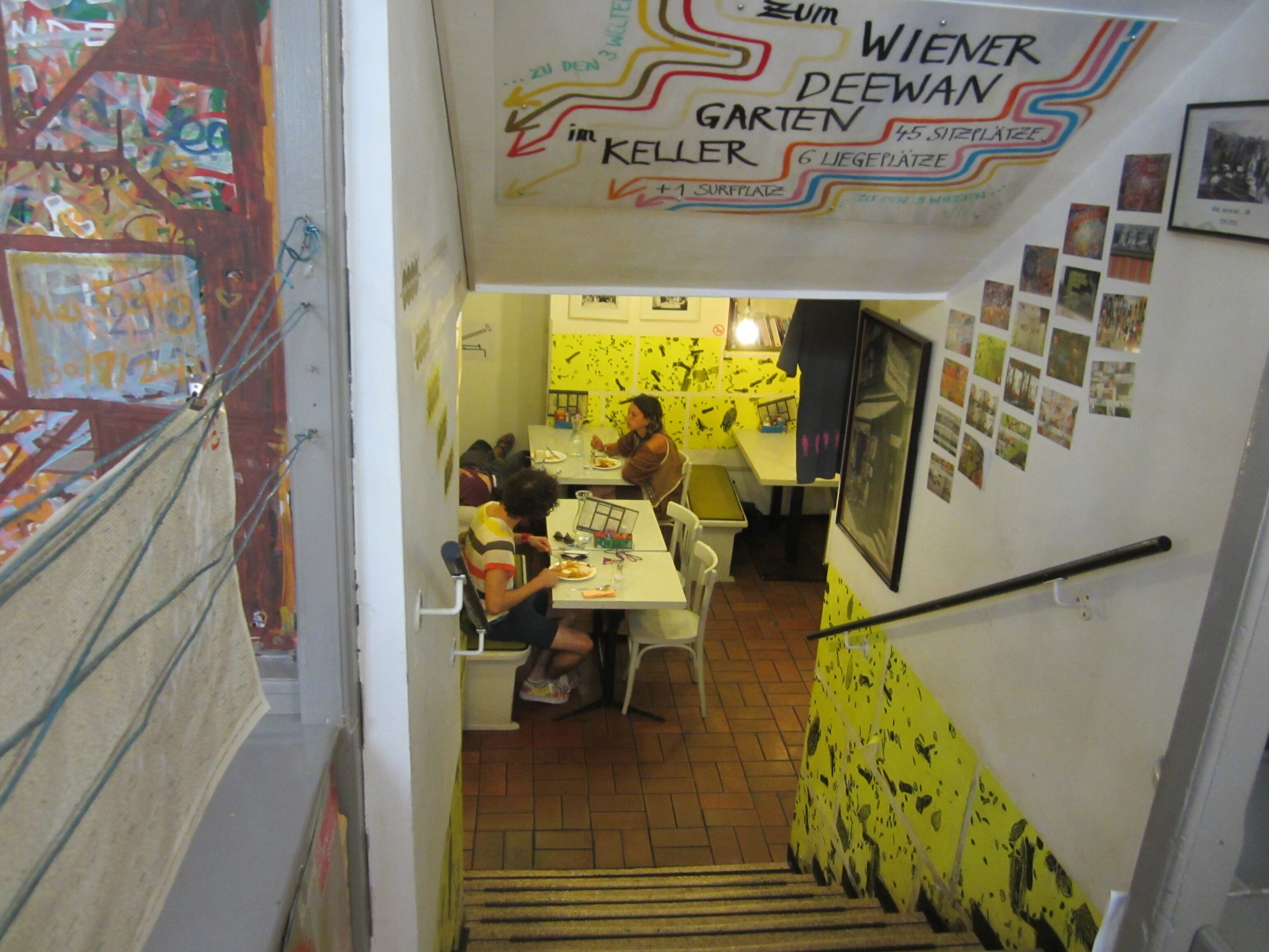 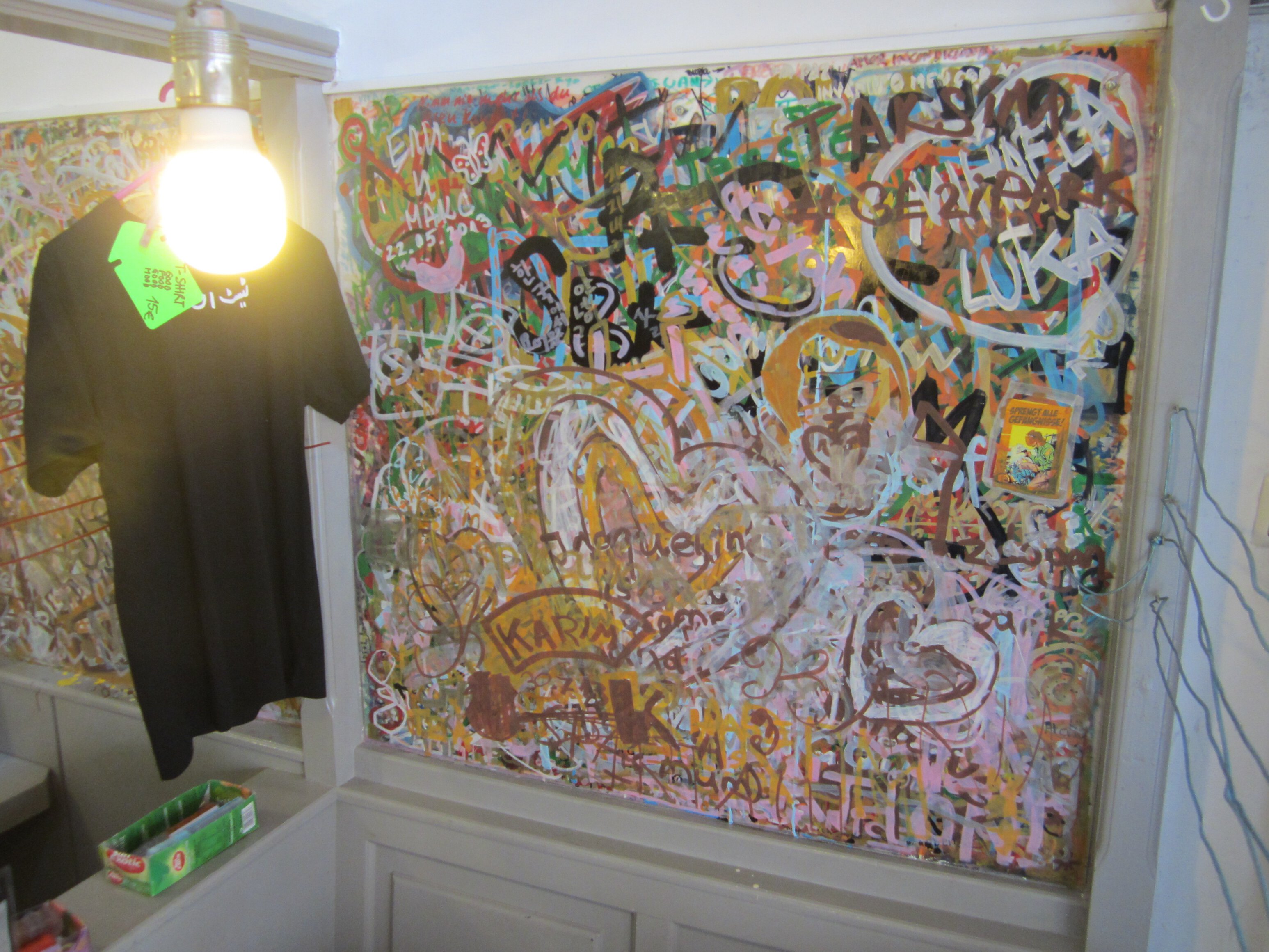 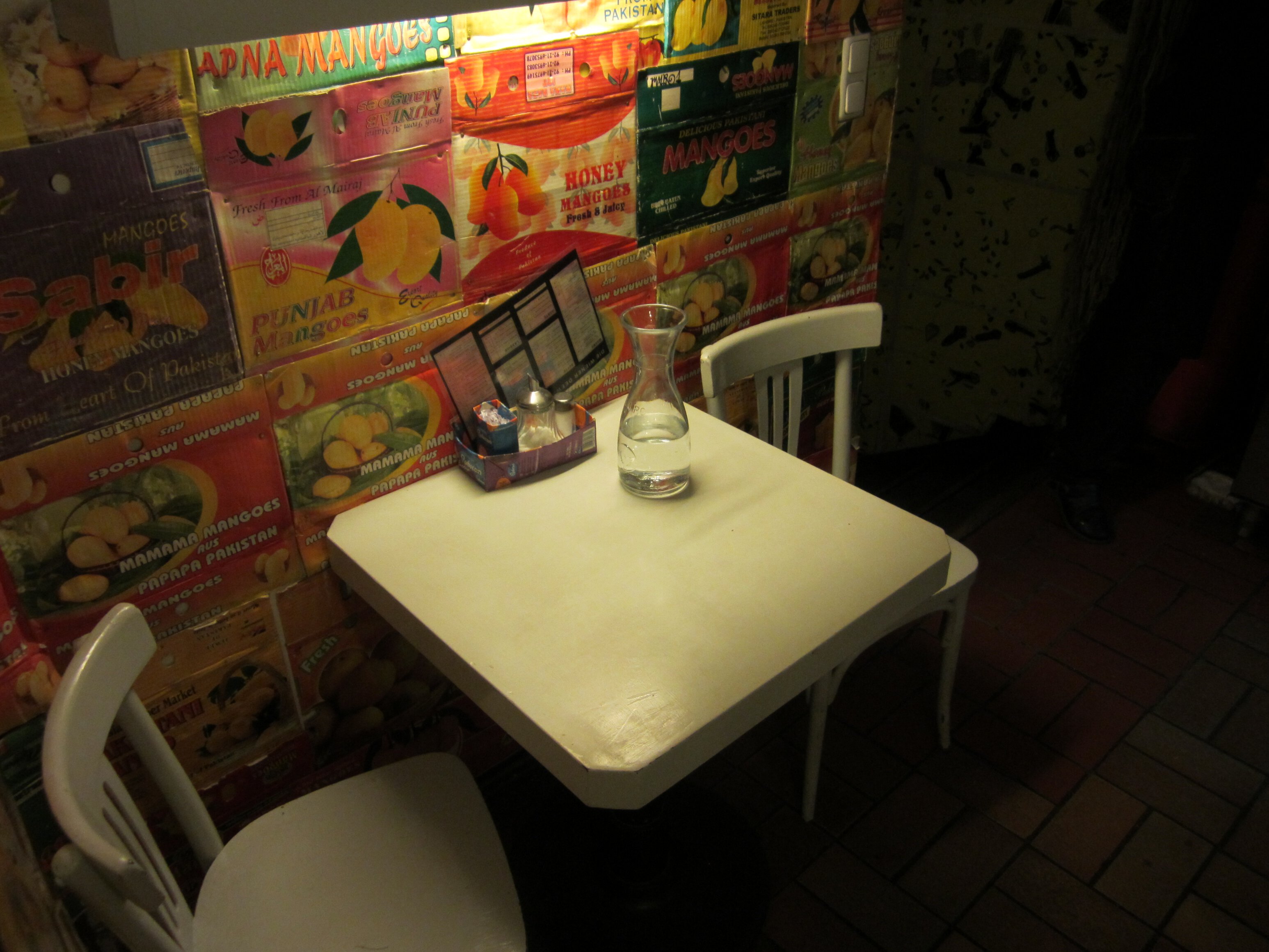 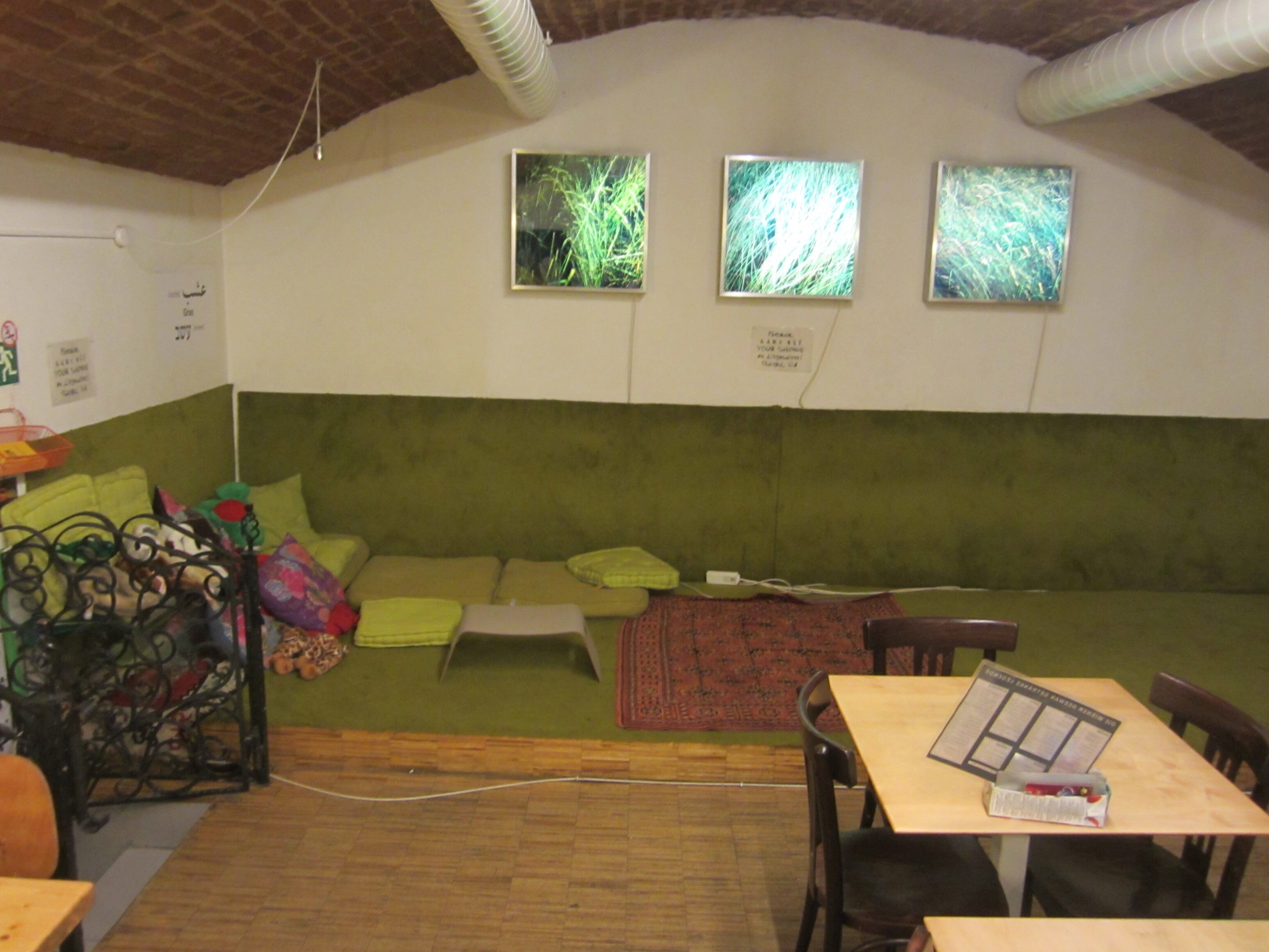 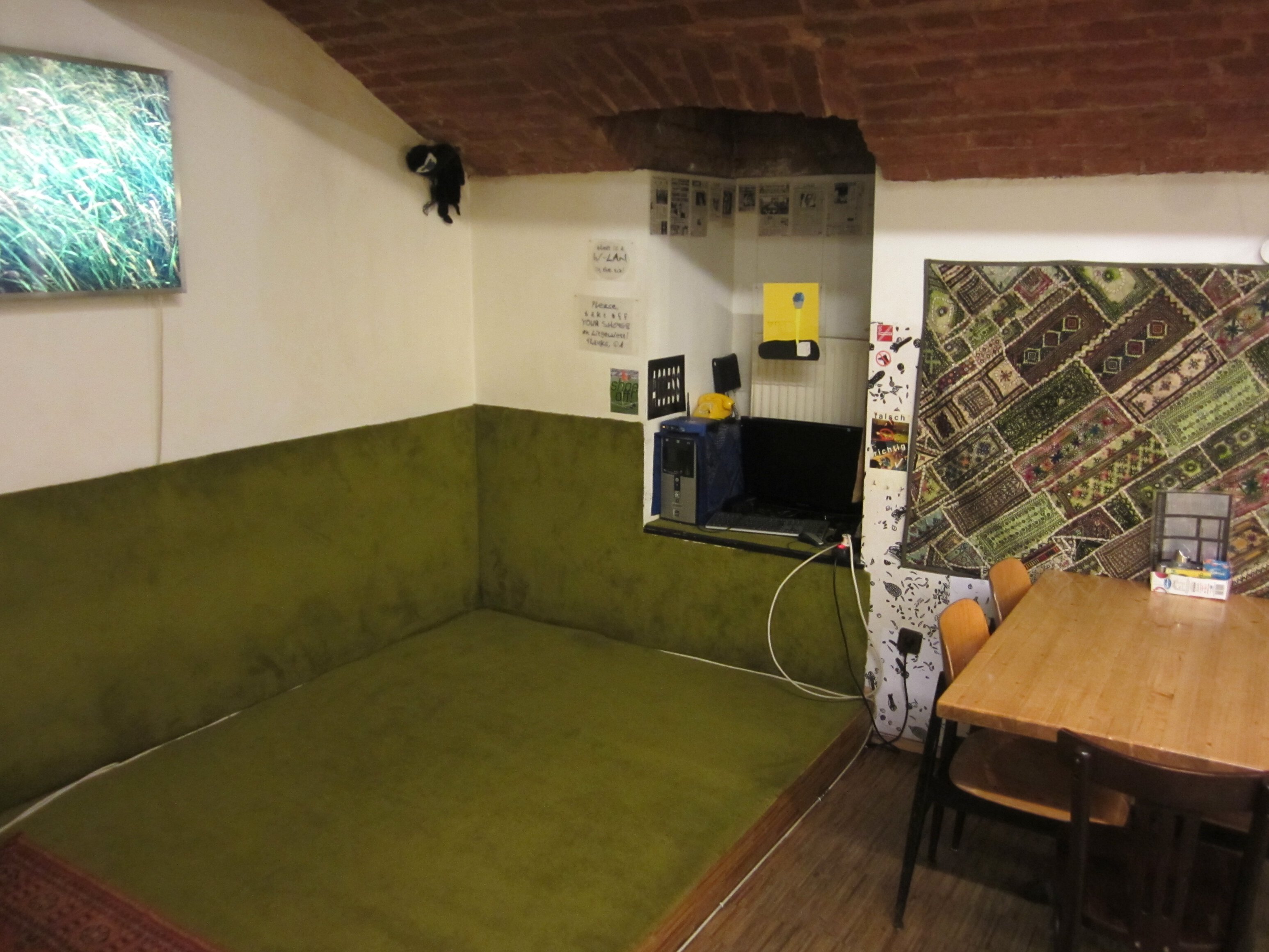 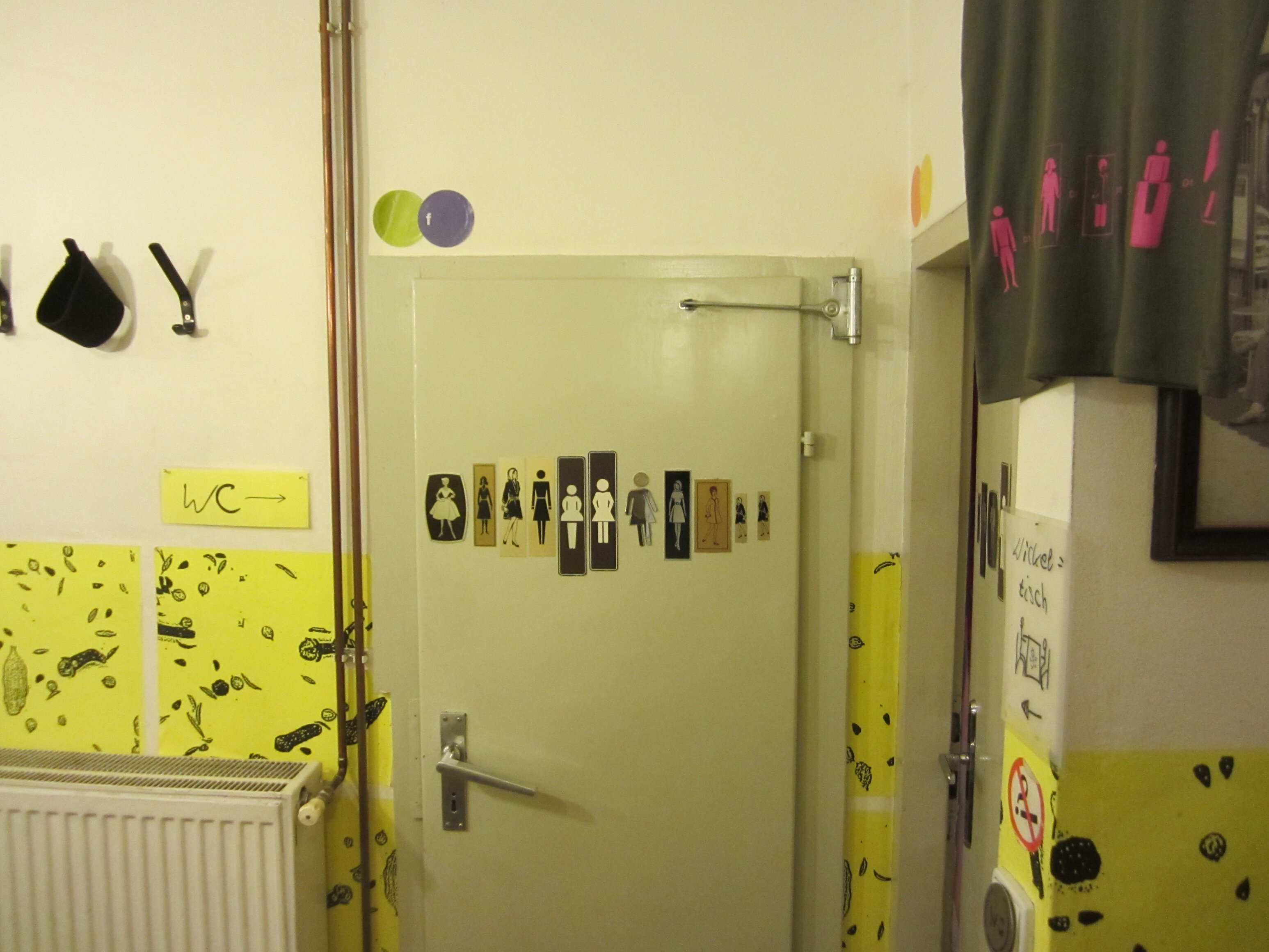 The old fittings, which consisted of cartwheels and traditional wood panelling, were removed, the tables were painted and the establishment was bestowed with a cosy charm and an oriental touch.  The concept of offering a buffet was decided from the beginning, because, according to Mrs Deewan, “a curry has to be cooked and divided in big containers”. The new restaurant also aimed to be as open as possible to a wide spectrum of people. The division of roles between the Deewan couple was clear: Afzaal would take care of the food and Natalie would take care of everything else; “Non-Food”, as she herself describes her duties. That includes, amongst others, purchasing, bookkeeping, equipment and furnishings, publicity and design.

Everything was ready for the big opening. There was a drinks menu with moderate prices, water would be free and brought to the table. Except the Deewans didn’t know how much they should charge for their food, having no experience in the field whatsoever. The first idea was to allow all guests to eat for free in the first week, as a sort of promotion, to spread the word about the place. This was quickly extended, and in one fell swoop made the “Deewan” unique in Austria: ‘Pay as you wish’ did not exist in any other restaurant in the whole country. The concept was an art experiment; whether it would continue to work long-term was up to the stars. There was no security net; the young entrepreneurs poured all their money into “Deewan”.  “At first we had a contract with a buyer who wanted to purchase 100 portions from us every day and sell them on, which would have helped us cover the overheads,” says Natalie Deewan. “But the buyer only came on the first day, and didn’t turn up again.” In hindsight this turned out to be a stroke of luck, because “things went so well, that we definitely would not have managed to produce an extra 100 portions.” 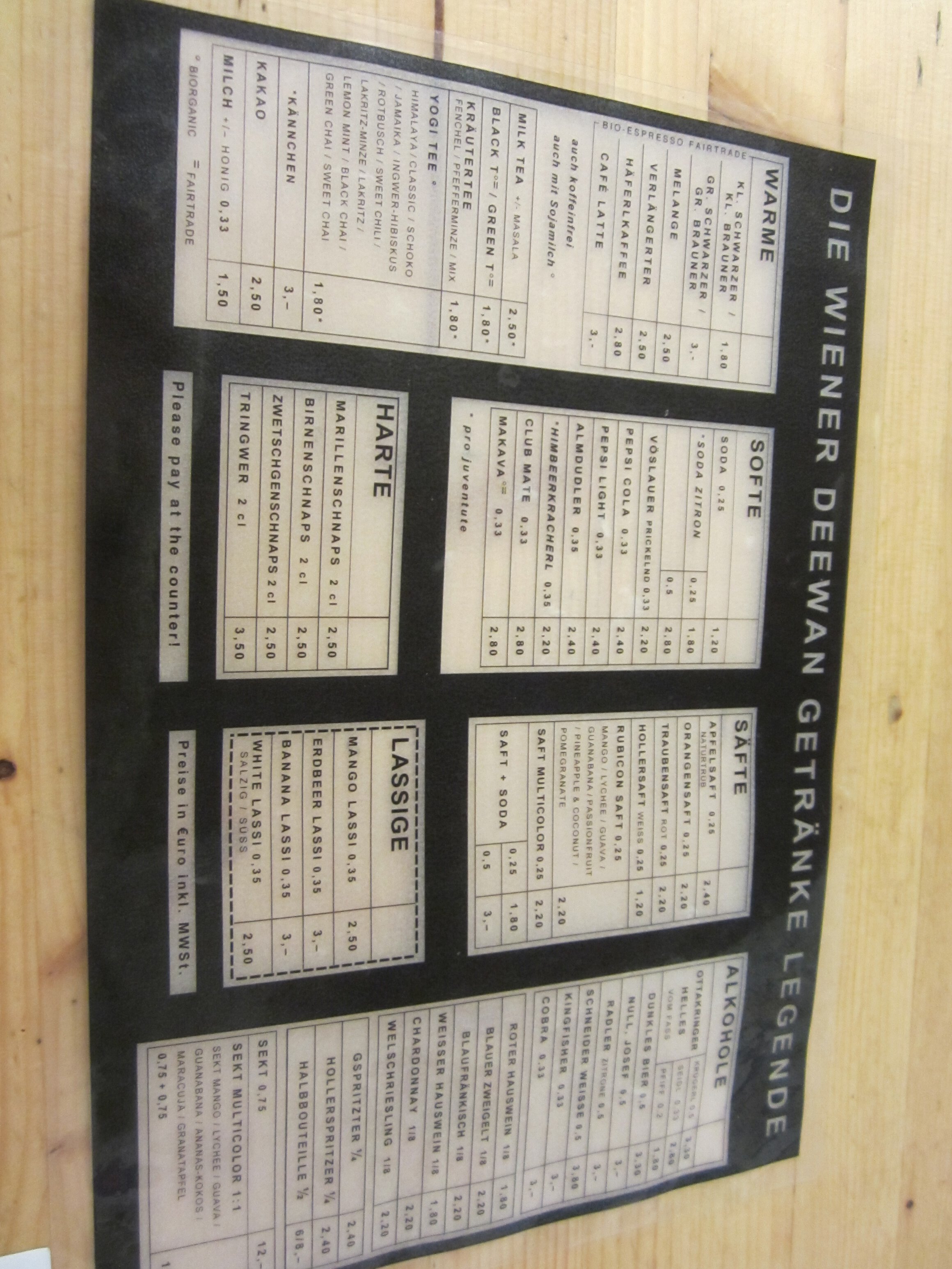 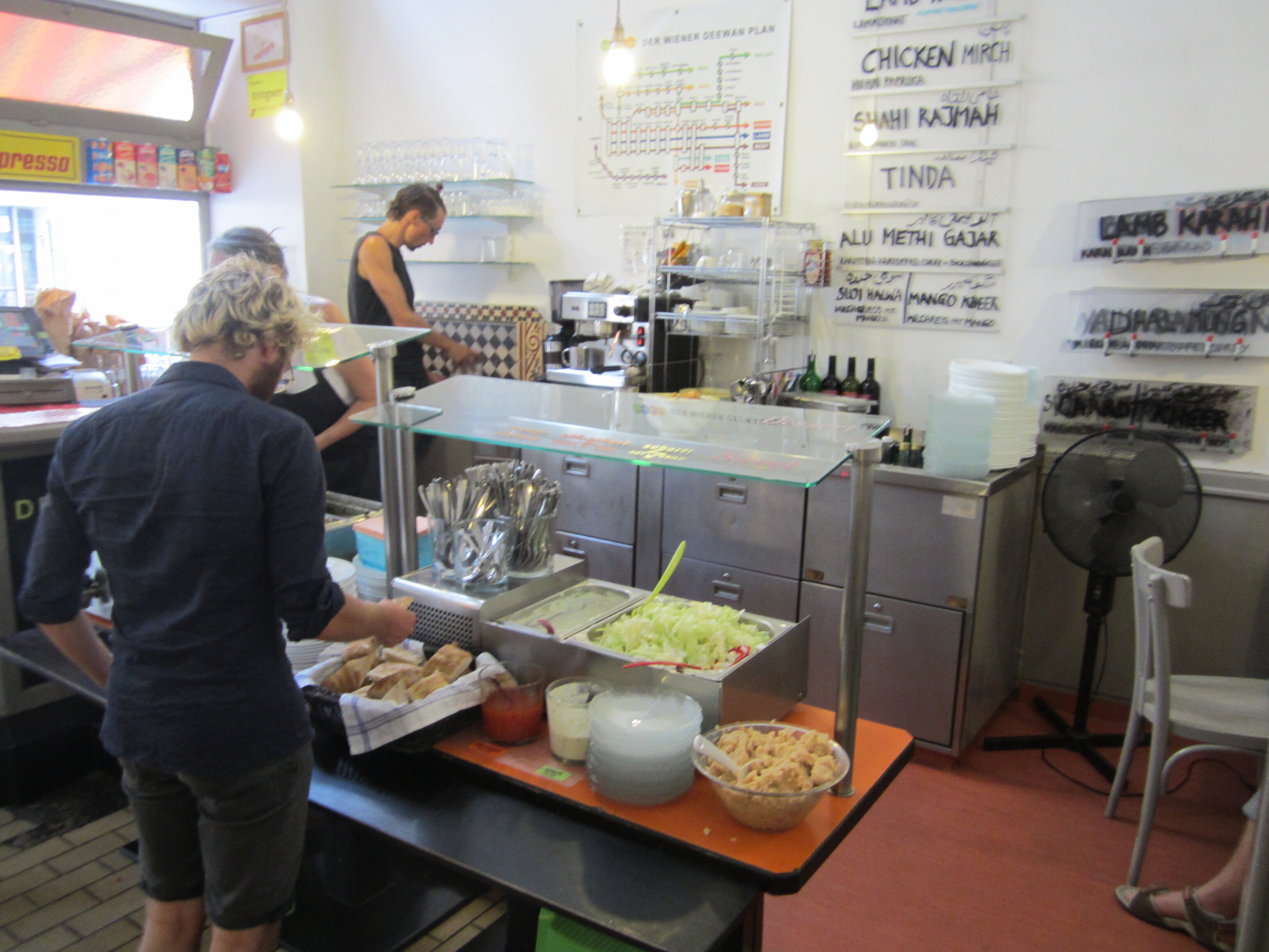 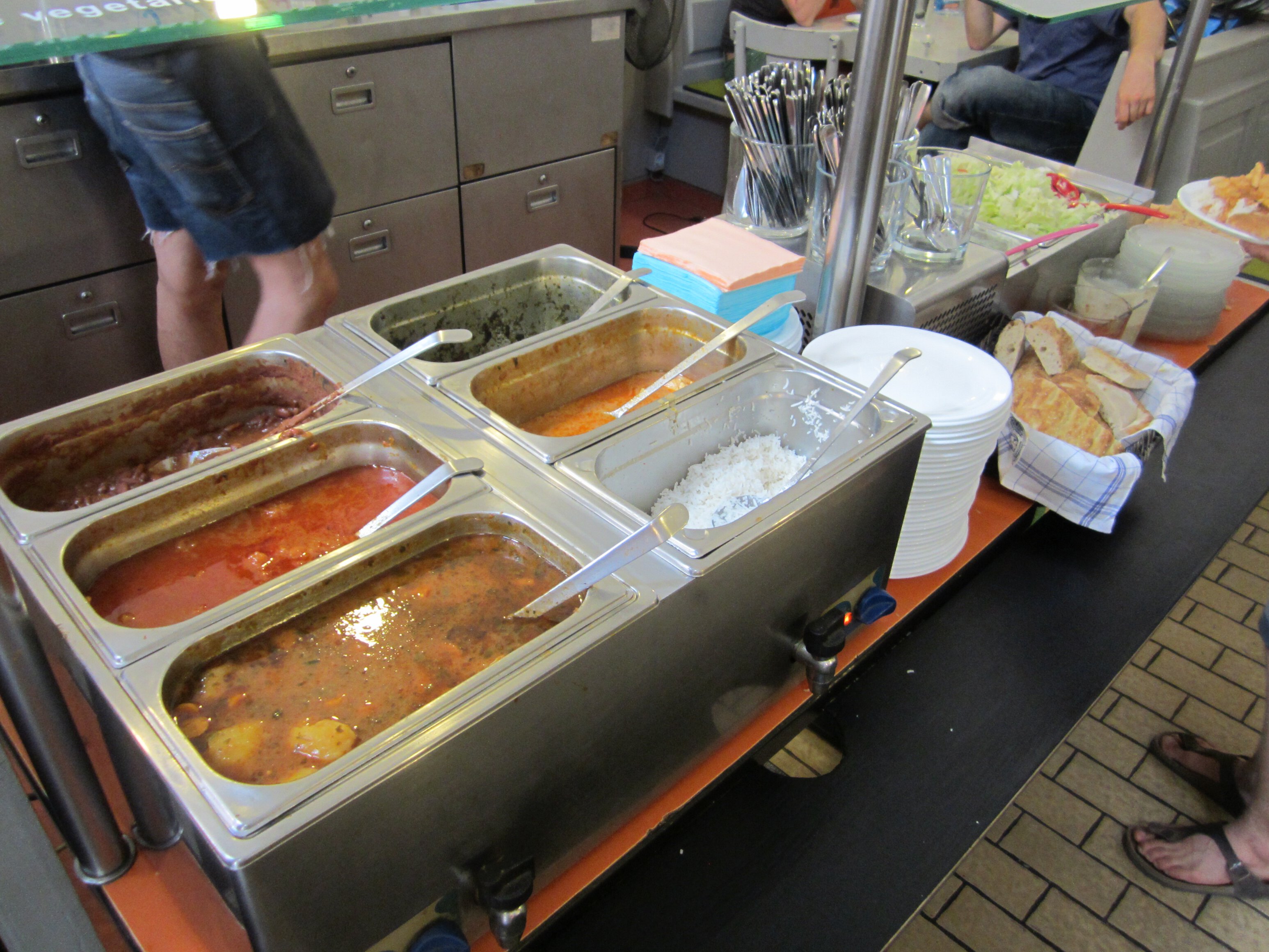 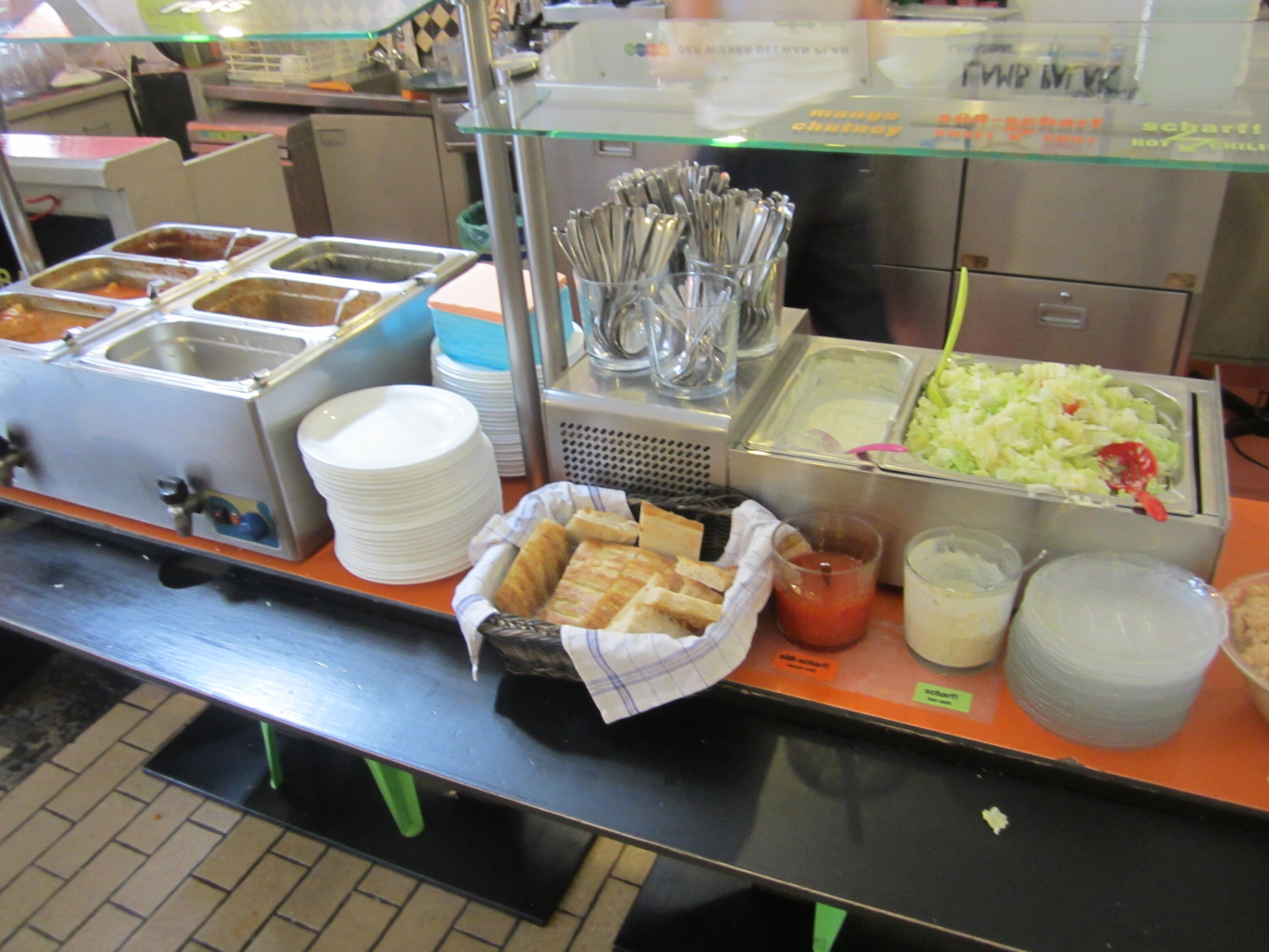 Today, more than eight years later, there are 14 kitchen and service staff working in the “Wiener Deewan”. Though the restaurant initially consisted of only two rooms, after a few months the cellar was also added as a guest space. A jam session takes place here every month, in which people from all over the world make music with the motto “Play as you wish”, while others continue with their meals at the nearby tables. Year after year, the Deewan couple, who in 2006 were awarded the Young Entrepreneurs prize by the Austrian Ministry of Finance, bring in solid profits with their restaurant – shown in the annual accounts which the Deewans publish online on their business homepage. They decided on this unusual measure as they were always being asked whether they actually made a profit from the restaurant. “Sometimes,” says Natalie Deewan, “I print out the day’s takings for the journalists who interview me. There they can see exactly how many guests were here and how much money they pay on average.” This transparency is part of the personal character which makes up the “Wiener Deewan”. The “Deewan” is no sterile restaurant, in which the guest remains faceless. Its structure has grown through the years: some waiting staff have worked here almost since the opening, and there are many patrons who contribute in large part to the success of the concept with their regular visits. And then of course, there’s the “pay as you please” policy. “Whoever comes to eat with us, must ask themselves the question of value.” Natalie Deewan becomes philosophical: “How much is what I have just received worth to me?” From the first day there have been many guests who found it difficult to judge that. However, the next time they come they already have a firm price in their head, and can adjust it to be higher or lower if they paid too much or too little the last time they ate here. “Too little” being a relative measure. “The three criteria, which influence what the guest usually pays, are quantity, satisfaction and their personal liquidity,” says Mrs Deewan. Due to its proximity to the university, in the afternoon it is mainly students who come to the “Deewan”, where they spend their breaks until the next lecture. So they don’t pay as much as guests who spend the evening here. On the weekend and during university breaks the average contribution is higher, but over the years it has levelled off to a constant €5 per person. “The Wiener Deewan is a bipolar place,” explains Mrs Deewan. “The guest has the possibility to show his appreciation or disappointment directly through the price he decides to pay.” Now and then there are guests who don’t pay anything, “but usually they have just forgotten and later pay something.” The media response triggered by the opening of the “Deewan”, was accompanied by something else which affected Afzaal Deewan and his stay in Austria. As his application for asylum was refused in 2005, he decided to apply for permanent residence as a family member, since he had already been married to Natalie for six months. For the permit to be approved, however, he had to withdraw his application for asylum. But in 2006 a law amendment came into force which exposed the “transitional phase” and made Afzaal an illegal immigrant in Austria. An absurd situation: Afzaal Deewan was a successful and award-winning businessman, created jobs through his restaurant– and yet he was threatened with deportation. The only solution would have been a trip to Pakistan, where he would have had to wait at least six months for the approval of his asylum application. But that would have meant at least a temporary end to the “Wiener Deewan”. The breakthrough came by coincidence: at the end of 2007 the Pakistani President Musharraf announced a state of emergency which lasted six weeks; enough time to allow Afzaal Deewan’s request to be made and approved in Vienna. Since then he has been able to regularly renew his residence permit. In order to do this, he must prove he has a certain minimum income. An income that his “Deewan” must secure for him. To put it another way: if the till isn’t ringing enough, Afzaal must leave Austria. Even more dramatic: Afzaal Deewan cooks for his fate, and satisfied guests secure his stay in his chosen home. That is also part of the personal character which makes the “Wiener Deewan” so special.

Europe is…having been born in a communist country, having studied in a democracy, and living in a former empire.